Are You Working While Ill? 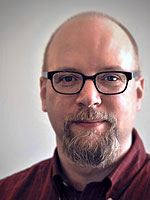 When you’re not feeling well, do you go to work? Many of us go to our workplace when we’re not feeling well because staying home can mean lost wages, increased workload, missed shifts or deadlines, and loss of momentum on projects. While legislation can’t help with most of that, some states and cities have moved to require employers to provide paid sick time to employees. Eliminating one worry – loss of pay – can entice people to stay home when sick, and thereby help to prevent people from getting sicker, infecting others, and adversely impacting the workplace. In today’s CFYM post, Andy Baker-White reveals truths and untruths about paid sick leave.

It can be difficult for many workers to stay home from work when they are sick. Those who do choose to stay home when sick often suffer lost wages and run the risk of being fired. In fact,

To avoid the resulting financial insecurity that missing work causes, many workers decide to go to work when ill. Going to work when sick is known as “presenteeism” and can lead to reduced productivity, negatively impact worker safety, and cost the employer more than if the employee stayed home. A 2012 study by researchers at the National Institute for Occupational Safety and Health at the Centers for Disease Control and Prevention revealed that employees with access to paid sick days were 28 percent less likely to have a non-fatal workplace injury than employees without paid sick days.

Paid sick leave allows employees to stay home and recover from a physical or mental illness without risking their income or the health and safety of themselves and others.

To increase employee access to paid sick leave, some state and local governments have enacted laws or ordinances requiring certain employers to provide this benefit. Currently, the state of Connecticut and the cities of San Francisco, Seattle, Washington, D.C., New York City, and Portland, Oregon, have paid sick leave requirements. Some of the laws go beyond preventing the spread of contagious diseases. For example, the ordinances in Washington, D.C. and Seattle specifically allow the leave to be used for mental illness, preventive care, and care for others (e.g., family members).

Opposition to paid sick leave laws and ordinances often comes from restaurant associations and business coalitions who raise concerns about the economic cost of paid sick leave and predict that employees will abuse the leave. Sometimes local businesses express an intent to relocate if a paid sick leave law is enacted.

The challenges to enacting the ordinances are not insurmountable. Passing them takes political will and the ability to resist claims by business and negative economic arguments. These claims and arguments can be rebutted by continued economic studies like the one in San Francisco.