Can We Reduce Youth Suicides by Understanding and Identifying Risk factors? 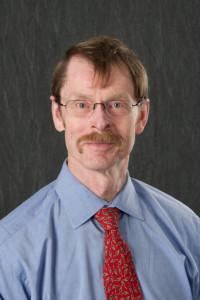 Today we begin a five part series on youth suicide prevention. Guest perspectives come from National Network of Depression Centers and the Active Minds, Inc., as well as personal stories from both a peer and family member.

In the United States, someone dies from suicide every 13.7 minutes. As a physician, I understand that the vast majority of people who die by suicide have a mental disorder at the time of their deaths, and that both attempted and completed suicide take a great emotional toll on family members. As a research scientist, I recognize that studying the characteristics of individuals who attempt and complete suicide will help us better understand who is most at risk. This knowledge can empower clinicians, family members and peers to seek emergency care for those in need.

I currently serve as co-chair of the National Network of Depression Centers Suicide Prevention Task Force, which is working to strengthen existing efforts in suicide prevention, with particular emphasis on measures that assess suicidality. While we do not yet have a sure-fire “suicide test,” a growing body of research is helping us identify those at higher risk. Raising awareness of these known risk factors can help people recognize signs of suicidal behavior in their loved ones; and that could help save lives and reduce suicide in young people.

Risk factors are not the same as warning signs. They are characteristics that make it more likely a person will consider, attempt, or die by suicide. Warning signs are behaviors that indicate suicide is an imminent risk. Understanding risk factors can help people identify warning signs so that they can help their friend or loved one obtain emergency care.

Substance abuse. A report by the Substance Abuse and Mental Health Services Administration found that substance abuse was a major risk factor for suicide, and one study found that alcohol and drug abuse disorders were associated with a six-fold increase in the risk of suicide attempts.

Impulsive or violent behavior. Research has established an association between impulsive and aggressive behavior and suicide risk, particularly in young adults. Some studies suggest that people who have difficulty controlling their anger may be more likely to act impulsively and turn the violence on themselves. Other studies suggest that people who have a higher level of impulsive behavior may be more at risk for mental disorders such as substance abuse, and that, in turn, increases their risk for suicide.

Past suicide attempt. Although it seems obvious that someone who attempted suicide in the past is at risk for trying it again, it is one of the most-established risk factors. It does not matter how long ago a person attempted suicide; if someone attempted it once, he or she is more likely to attempt it again, no matter how many years have elapsed.

Life events. Some people who have one or more risk factors may become suicidal when confronted with stressful life events, such as losing someone close, having a relationship conflict, bullying, or being exposed to another person’s suicide.

It is especially important that peers and family members be attuned to risk factors other than threats of suicide, such as persistent signs of depression or expressions of hopelessness. That’s because while talking about suicide and making plans for suicide are clear warning signs, some people deny or minimize their suicidal intentions for fear of hospitalization or a desire to accomplish suicide without interference. One study found that 78 percent of people who attempted suicide had denied suicide plans when last questioned, in most cases shortly before the act.

Through continued research we hope to gain a clearer understanding of why some people are prone to suicide and others are not. Through continued outreach and education efforts, we can raise awareness of suicide as a health risk so that we may decrease the number of these preventable deaths.

Read more about the Garrett Lee Smith Reauthorization Act of 2011.