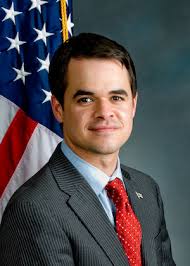 On this blog a few days ago, Andrew Sperling of the National Alliance on Mental Illness raised questions about access to mental health treatments under the Affordable Care Act (ACA); and he voiced concerns about people being able to receive the specific mental health drugs they require once the health reform law is implemented.

As Mr. Sperling pointed out, restricting access to a full class of drugs and limiting prescribers’ option to one drug per class—which health plans can opt to do under ACA—can be short-sighted from an economics standpoint and disastrous from a health perspective. Without access to clinically appropriate medication, individuals with mental illness have higher rates of emergency room visits, hospitalization and other health services.

As Chair of the New York State (NYS) Senate Committee on Mental Health and Developmental Disabilities, I understand that in order to manage the health of people living with serious mental illness, patients need guaranteed access to the full range of drugs and services that are most likely to improve their health. Even more important, I recognize that no one understands a patient’s needs better than his or her healthcare provider; and it’s presumptuous—if not irresponsible—to remove decision-making authority from that provider.

That is why I, along with a broad coalition of legislators, providers, mental health advocates and people with mental illness, recently fought to preserve patients’ access to mental health drugs within Medicaid fee for service. Thanks to the collaborative efforts of this patient-first alliance, we were successful in restoring the so-called “prescriber prevails” protections to the 2013-2014 NYS budget. These protections grant physicians authority to decide which medicine is best for their patients, guaranteeing patients access to important mental health drugs—including antidepressants and atypical antipsychotics—even when their health plan denies them.

While this particular protection is relevant only to NYS Medicaid fee for service patients, it has much broader implications, and I present it as evidence that there are viable, patient-centric solutions to access/cost challenges. Preserving people’s access to mental health drugs is an important priority and—as our recent victory attests—an obtainable goal.

What is prescriber prevails?
Prescriber prevails is a necessary provision that ensures medically relevant drugs are readily available and not held hostage to an insurance company health plan. A state Medicaid policy shift in October 2011 took prescribing authority out of the hands of the prescribers and gave it to managed care health plans.

But taking away the ability for a doctor to prescribe a drug for treatment is a prescription for failure.  For some patients with serious medical illness, it can take weeks or months—and a careful consultation with their physician—to determine the most effective medication regimen. Thus, the new policy led to confusion, lack of uniformity in coverage, and some cases, denial of critical medications.

The New York State battle and victory
Unfortunately, the proposed 2013-2014 NYS budget repealed this vital patient protection and went even farther, removing prescriber prevails for all drug classes in Medicaid fee for service. The outcry from mental health advocates, doctors and people with mental illnesses was immediate. Together, we argued that the change would mean the most cost-effective drug, rather than the most clinically appropriate medication, could be prescribed. In addition, many individuals would have to go through a lengthy try-and-fail process in order to show that the covered drug did not work, and during this long process, some individuals may become unstable and face hospitalization.

Fortunately, people listened and our voices were heard. In March of this year, we claimed a significant victory, as the final NYS 2013-2014 Health budget called for the reinstatement of prescriber prevails for atypical anti-psychotics drugs and drug classes, as well as eight additional drug classes, including anti-depressants. This was a major victor for people with mental illnesses and physicians throughout the State who fought to reinstate this vital provision.

Applied Lessons
I believe the reinstatement of prescriber prevails offers several lessons to mental health advocates. First, it shows the power of disparate voices (in this case, legislators, physicians, patients and advocates) uniting for a shared, patient-first goal.

It also illustrates that by sharing personal stories and specific examples of access challenges, we make policy personal, and we can better articulate the consequences and risks of devaluing patients’ rights.
Finally, it demonstrates that there are things we can do to increase and improve patients’ access to mental health drugs and treatments. This need not be viewed as an isolated instance or New York-specific situation. Rather, it can be held up as a case study in how advocates, providers and policy creators can come together to forge patient-centric solutions that ensure people living with mental illness receive the care and treatment they require.

Have you had difficulty receiving a medication or other treatment that your provider prescribed? Please share your story. While we can come up with solutions, we can’t advance or make progress with those solutions without showcasing real-world challenges that you and others in community face.