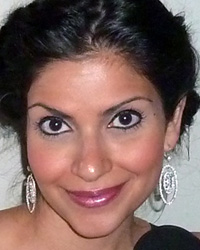 More than 60 percent of the population in U.S. prisons are minorities, and by some accounts, the three largest mental health facilities in the country are prisons. CFYM continues its interview with attorney, author and mental health activist Melody Moezzi as she points to educating ourselves and the public about our legal rights as a means to righting these injustices.

CFYM: Melody, in addition to being an award-winning author, you are a public speaker, attorney and an advocate, you also have a Masters in public health. What changes would you like to see in public health policy with respect to mental health care?

MM: First, we need to stop criminalizing mental illness in the US. The three largest mental health facilities in this country are prisons. That’s beyond unacceptable, and it needs to change, particularly in a country that imprisons more of its citizens than any other on the planet. Furthermore, the use of solitary confinement—both in prisons and hospitals—needs to end. I feel very strongly about this because I’ve experienced “isolation,” and I have no doubt that it is cruel, unusual and downright inhuman. No human being is meant to live like that, even for a short period of time. We are social creatures. We need contact with others; we need compassion; we need connection—especially when we’re going through a crisis. That’s just human nature.

Furthermore, studies have shown that even for those who do not have a mental illness, solitary confinement can produce one. If it can make the non-mentally ill experience hallucinations and delusions, I have no idea how and why people think it’s an appropriate treatment for the mentally ill. I write in my book that treating mental illness with isolation is like treating diarrhea with laxatives. I truly believe this and can’t overemphasize how counterproductive and inhumane the practice of solitary confinement is. As an attorney, I’ve spent a good amount of time with our Constitution and have a great deal of respect for it. I have zero doubt that solitary confinement constitutes cruel and unusual punishment and thereby, violates the Eighth Amendment of the US Constitution. Were Supreme Court Justices to experience it for just a day, I have no doubt that every one of them would come to see this and agree with me.

MM: My top suggestion: come out! Share your stories. The more of us do so, the easier it will be for all of us to get the treatment, respect and funding we deserve. We aren’t this tiny minority. A quarter of Americans experience a diagnosable mental illness within a given year, and half will experience one within their lifetimes. Like I said, that’s not a small number. Even if a small portion of us became just a little more vocal, things could change a lot. I’m not suggesting everyone scream it from the rooftops. I get that some people have legitimate fears when it comes to sharing their diagnoses, and I don’t want to minimize that, but it’s important that we balance those fears with the importance of justice. The pursuit of justice requires sacrifices that not everyone is willing or even able to make, so if you are such a person, who has the ability and capacity to do so, then do it!

Furthermore, we need to become more educated about our rights, particularly the Americans with Disabilities Act. Employees and students are entitled by law to certain accommodations under the law, and so many people with mental illness don’t realize that our conditions are covered under the ADA. Despite the fact that nearly half of the top ten leading causes of disability around the world are mental illnesses, we still have trouble seeing mental illness as real. And again, this is where the importance of sharing our stories comes in. We could really to take some lessons from the LGBT community here in terms of the value of “coming out.” At a certain point, when people’s liberties and human dignity are on the line, silence becomes criminal.