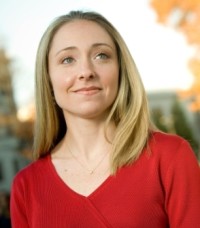 According to NCBI there is strong comorbidity between eating disorders and mood disorders. Read today’s CFYM post, by Alison Malmon, founder and executive director of Active Minds, Inc., to learn more about Eating Disorders Awareness Week and how these complex mental health disorders affect college students.

When discussing mental health issues, especially on college campuses, I’ve noticed that we often bypass one of the most life-threatening: eating disorders. Knowing that 40 percent of all people are struggling with or impacted by eating disorders, Active Minds launched its Eating Disorder Awareness Week in 2011 and will begin its fourth observation on February 23, 2014. The week is devoted to educating the public—and especially our student chapters—about the prevalence of eating disorders, the many ways they affect college-aged students, and how young adults can support one another in prevention, treatment, and recovery.

When imagining those affected by eating disorders, we usually picture privileged, white women obsessed with transforming themselves into some culturally-generated and socially reinforced ideal shape and size. But eating disorders transcend race, gender, and socioeconomic status. According to the National Eating Disorder Association, 20 million women and 10 million men in the United States suffer from an eating disorder at some period in their lives. And the prevalence of eating disorders is the same among Non-Hispanic Whites, Hispanics, African Americans, and Asians in the United States (with the exception of anorexia, which is more common among Non-Hispanic Whites).

Given all of the statistics, why do we find it so hard to have a conversation about these important issues? In short, many of us find them too complex, too scary, and too obscured by popular culture.

Eating disorders are much more than what some reduce to a “phase” or “diet.” Most eating disorders are rooted in things like perfectionism, abuse, and other traumas. They aren’t about food or size, but rather about denial, punishment, control, or a desire to just disappear—feelings that are much harder to address than the number on a scale.

Eating disorders are both mental health and physical health issues that often co-occur with other disorders like depression and anxiety. They also lead to physical side effects including dehydration, dangerously high or low blood pressure, acid reflux disorder, hair and bone loss, and risk of heart attack. These factors combined make eating disorders among the most fatal of all mental health disorders.

Knowing how prevalent and serious these issues are, what can we do to act? Here are some simple actions you can take during this week — and every day, for that matter — to promote wellness and early intervention for these serious and possibly fatal disorders:

So often we hear and say things like, “You look so good! Have you lost weight?”  Such language seems complimentary, not harmful.  However, our continual equation of losing weight to looking better reinforces a faulty logic that can perpetuate eating disorders. People are much more than their appearance, and we should reflect that complexity in the way we compliment them. Instead of “You look great,” or “Have you lost weight?” say something like, “You seem really happy! What’s new?”, “Love that smile!”, or “You’re such a wonderful friend!”

Has someone you know lost or gained a significant amount of weight in a relatively short period of time?  Have they seemed depressed, anxious, or both?  Do they disappear after meals or avoid eating socially altogether?  Do they spend a disproportionate amount of their time working out?  If you can answer “yes” to one or more of these questions take notice, and if you’re worried, reach out. Your concerns may not be met warmly, but your friend may need and want your help.

Do you know a student who may be struggling with an eating disorder?  Speak up and reach out to them. Let them know that struggling is normal and encourage them to seek help on their campus, in the community, or by calling the National Eating Disorders Association Helpline at 1-800-931-2237. A show of support and understanding can go a long way for someone struggling in silence.

4. Prepare for the conversation.

Eating disorders are threatening because they are secretive. Prepare yourself to have an informed conversation about eating disorders by checking out Active Minds Eating Disorder Awareness Week toolkit and our partner and supporting organizations: NEDA, Beyond OCD, and Eating for Life Alliance.

Research indicates that people with mood disorder have elevated rates of eating disorders.