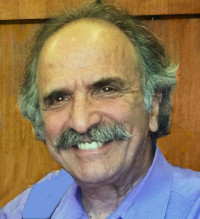 Getting mired in a debate over outpatient civil commitment distracts us from what should be our greatest focus—the need for fundamental reform of state mental health service systems.

While both bills call for the greater availability of services that have been or are beginning to show evidence of their effectiveness, this is really the responsibility of state governments. They determine how the vast majority of service dollars are spent. They have the opportunity and the responsibility to ensure that people with the most serious mental health needs get access to state of the art voluntary community outreach and engagement strategies that feature real-time crisis and harm reduction approaches and far greater access to peer support, housing, employment and educational supports.

Forced treatment is not the answer

Expanding coercion is an unacceptable substitute for getting much more out of our mental health systems and practice. We now know so much more about how to help even the most distressed individuals and families, but these approaches are scantly available and represent the exception rather than the rule for the $113 billion dollars we spend each year on mental health services.

Rather than forcing patients to conform to one standard treatment course, we should offer a diversity of paths to stability and recovery, with increased community-based support and outreach for those who have found traditional treatment approaches to be ineffective, impersonal, and too often as spirit breaking.

Outpatient commitment should be considered as system failure not “patient failure.”

But this will require much greater persistence, creativity, flexibility, and a systemic willingness to accept responsibility when our current efforts don’t succeed. When once asked by a director of a large NYC mental health agency what to do when someone consistently rejected the care that they were being offered by their community worker, I replied “send somebody else and offer something better.”

In our next post, Mr. Rosenthal will provide recommended alternatives to coercive commitment into traditional care.