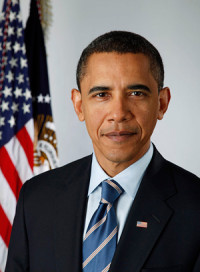 We don’t want to close out the week without acknowledging the National Conference on Mental Health held at the White House this past Monday. Attended by high-ranking government officials, Members of Congress, mental health advocates, educators, medical professionals, veterans, faith leaders, local officials, and people living with mental health conditions and their family members, the Conference focused on two questions:

“Too many Americans who struggle with mental health illnesses are still suffering in silence rather than seeking help, and we need to see it that men and women who would never hesitate to go see a doctor if they had a broken arm or came down with the flu, that they have that same attitude when it comes to their mental health.”
–President Barack Obama

The Obama Administration has undertaken an effort to raise awareness about mental health issues and improve care for people experiencing them. One part of that effort is a website for mental health information and support at mentalhealth.gov. Another is creation of materials to facilitate Community Conversations About Mental Health.

Here are some highlights from President Obama’s opening remarks:

Did you watch, listen to, or read about the conference? What messages from the National Conference on Mental Health were most meaningful to you, and why?