How Legislation Can Change the Face of Perinatal Mental Health

Posted in Care for Your Mind, Maternal Mental Health 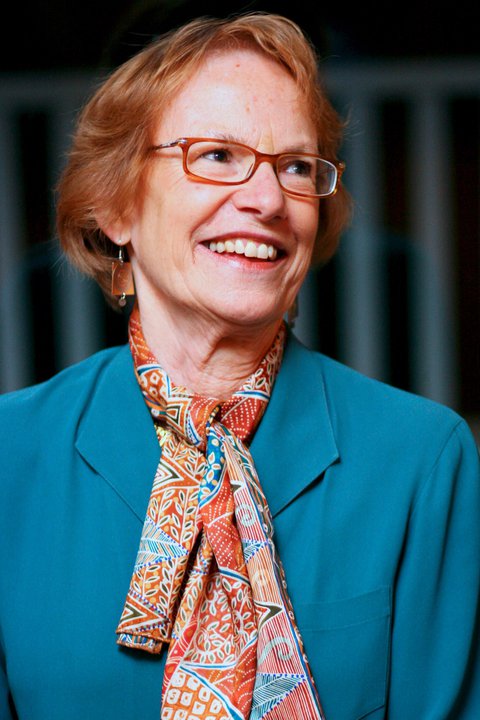 Nancy Byatt: If we truly want to fix the state of perinatal mental health care in this country, a collaborative effort is essential. Achieving universal care will take the collective input of many different players – people with lived experience, providers, insurance companies, advocates, legislators, and more.

While every avenue of advancement is important, adopting legislation is a crucial piece of the puzzle; it’s the only way we can ensure pregnant and postpartum women get the care they need.

In Massachusetts, legislative efforts have been the foundation for the success of MCPAP for Moms. This is due in large part to MA Rep. Ellen Story, author of the 2010 Massachusetts Postpartum Depression legislation and co-chair of the Postpartum Depression (PPD) Commission. The Commission offers recommendations on PPD policy to the Massachusetts Departments of Public Health and Mental Health (MDPH and DMH), which in turn funds MCPAP for Moms. Representative Story has been instrumental in helping Massachusetts become a leader in the field of perinatal mental health care.

Representative Ellen Story: It was my aide who alerted me to the significance of postpartum depression. After reading an article about the heartbreaking consequences of PPD for moms and families, he suggested we introduce a PPD awareness bill in Massachusetts. We did, and the bill passed in its first session in 2010.

How did we get it passed so quickly? There are three main reasons:

The language of our bill performed two functions: it established the PPD Commission and it required that the MDPH promote a culture of awareness, destigmatization, and screening for perinatal depression. Together, these two elements have assisted the development of MCPAP for Moms and, over time, have transformed care across the state.

The Commission, which meets about four times a year, comprises government appointees including survivors, mental health advocates, pediatricians, insurance representatives, OB/GYNs, and several psychiatrists. All of us are involved because we’re passionate about the cause, and the group has allowed us to facilitate connections between many different stakeholders.

One of the commission’s tasks is to offer recommendations to the MDPH on advancing best practices regarding PPD screening, treatment, and education. We create an annual report, and our findings have proven extremely effective in the continued improvement of the state’s program.

MCPAP for Moms isn’t perfect, but it’s progress. Doctors are learning to use the screening tools; moms are starting to gain easier access to treatment. There are still gaps, but we’re changing the face of care for mothers in Massachusetts.

By next year, I hope to see universal screening, paid for by insurance companies. We would also love to see a celebrity or other high-profile figure come forward to talk about her struggle with PPD. The more people stand up and share their stories, the more the stigma will dissipate.

At this time in history, we can’t properly address or treat all mental health issues, but I believe we can address and treat PPD for all women nationwide. This is one area where a relatively small investment can make a world of difference.

Nancy Byatt: Nationally, perinatal mental health care still has a long way to go, but advocates hope to extend the Massachusetts model to other states. This effort is being spearheaded through the introduction of the Bringing Postpartum Depression Out of the Shadows Act (H.R. 3235/S. 2311) sponsored by U.S. Congresswoman Katherine Clark (D-MA) and U.S. Congressman Ryan Costello (R-PA). Here, Congresswoman Clark offers her perspective on what’s ahead for the care of pregnant and postpartum women nationwide. 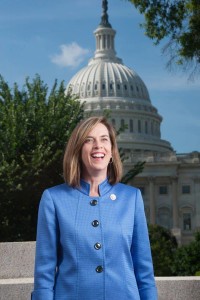 Congresswoman Katherine Clark: Mothers are the foundation of our society. Sadly, postpartum depression (PPD) is a crushing burden for many women who are doing their best to raise their children. The situation has grown increasingly urgent, and care is lacking in every region of the nation.

For too long, stigma, silence, and a lack of resources have been the biggest barriers to getting women the medical attention they need and deserve. An estimated 9 to 16 percent of all new mothers experience PPD, which makes it the most under diagnosed childbirth complication in the United States.

But there is good news. This is a treatable condition. In fact, 90 percent of mothers with postpartum depression can be treated successfully. Unfortunately, only 15 percent of mothers needing treatment ever receive it. And that’s why Congressman Costello and I have introduced our bill, the Bringing Postpartum Depression Out of the Shadows Act (H.R. 3235) [note that a companion bill, S. 2311, was introduced in the U.S. Senate by Senators Dean Heller (R-NV), Kirsten Gillibrand (D-NY), Kelly Ayotte (R-NH) and Ed Markey (D-MA)]

While many states and professional organizations have taken the lead in launching awareness campaigns, compiling research guides, and connecting mothers and families to local care providers and resources – there is more we can do to help. The Bringing Postpartum Depression Out of the Shadows Act would build upon existing state and local efforts by providing targeted federal grants to assist states in developing programs to better screen and treat maternal depression. As proof that this issue is critically important, the US Preventive Services Task Force (USPSTF) recently recommended that women should be screened for depression during pregnancy and after giving birth, thereby allowing for coverage of such screenings under the Affordable Care Act. That marks a major turning point in how we care for families, and I hope Congress will follow this example and ensure that health providers have the resources they need by passing this legislation.

I ask that my colleagues cosponsor this legislation, and I ask citizens to contact their representatives and senators to encourage them to support this bill. Together, we can make sure this legislation passes and take a concrete step toward supporting healthy moms and healthy babies.

Congresswoman Katherine Clark proudly serves the Fifth District of Massachusetts. She was first elected in a special election in December of 2013. She is a vocal advocate for ending wage discrimination, protecting women’s health care, access to affordable, high-quality child care, paid family leave, safer schools, and other reforms to address the challenges women and families face. She believes that Congress must work to end the glaring disconnect between the needs of families at home and priorities in Washington. Katherine serves on the U.S. House Committee on Education and Workforce, and the Committee on Science, Space and Technology. In the House Democratic Caucus she serves as a Senior Whip, and is a member of the Steering and Policy Committee. Katherine is a member of several caucuses in Congress, including the Congressional Progressive Caucus and the Women’s Caucus.

Rep. Ellen Story is serving her twelfth full term as the State Representative from the 3rd Hampshire District, comprised of the towns of Amherst, Pelham and precinct 1 of Granby. She is a member of the leadership team in the House of Representatives, serving as 4th Division Chair and serves on the House Committee on Rules. Of the legislation she has authored, she is proudest of the year 2000 passage of the Buffer Zone Law, which established a buffer zone around people entering and exiting family planning facilities; the 2001 passage of “Stuck Kids” legislation, which tracked and provided solutions for children stuck in hospital beds when residential mental health placements were unavailable; and the 2010 creation of the Special Legislative Commission on Postpartum Depression, which she chairs. Rep. Story holds a master’s of education from Cambridge College, and received an Honorary Alumna award from the University of Massachusetts–Amherst in 1998.