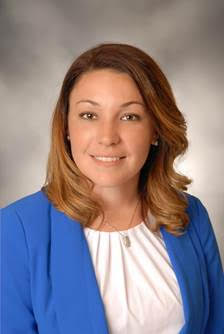 CFYM continues the series on mental health funding with a look at how the sequestration is affecting access to care in local communities and shares ways your voice can make a difference.

In our last post, we took note of the federal agencies that make up the public health continuum and their contributions to mental health specifically. Together, these agencies work to prevent illness and promote wellness, provide care for the afflicted, make sure that health professionals are there when we need them, monitor the threats facing Americans, and put in place policies and procedures to protect their health. However, despite the critical work of keeping Americans both physically and mentally healthy, these agencies have scarce resources that continue to disappear as austerity maintains its hold on the federal budget.

Since 2010, due primarily to “budget caps,” spending on the public health continuum has been cut to historical lows. These Congressional spending caps came about in the Budget Control Act of 2011 (BCA) and were further reduced when a group known as the Super Committee failed to find other ways to reduce the federal deficit and debt. In the first year, these cuts were applied across the board to all of the programs the federal budget supports. However, in the remaining 9 years of the BCA, the caps do not require Congress to distribute cuts proportionately, leaving it up to Congress to pick winners and losers.

Altogether, the discretionary health programs that make up the Public Health Service accounted for only 1.61 percent of the federal budget in 2014. However, from 2010-2014, funding for the public health agencies was cut by 12 percent overall, when accounting for inflation:

For agencies already struggling to meet their missions, these cuts forced them to do more with less – and eventually less with less.

In 2014, the Coalition for Health Funding released Faces of Austerity: How Budget Cuts Hurt America’s Health, documenting stories about the real impact of these cuts. In one, a woman from Cape Coral, FL, explains how cuts to the Mental Health Block Grant at SAMHSA have left her without the resources she needs to help her son, suffering from schizophrenia, and instead must rely on law enforcement to address what is really a mental health crisis. In another example, the South Suburban Council on Alcohol and Substance Abuse was forced to run deficits of $60,000 per month in order to provide preventive services and treatments to those struggling with addiction after cuts to the Substance Abuse Prevention and Treatment block grant.

How you can get involved.
In the face of these cuts, the Coalition for Health Funding has been a leading voice in the fight against sequestration and the budget caps. In 2013, the Coalition co-founded NDD United, an alliance of more than 2,500 organizations, to bring together voices from public safety, environment, health, education, labor, housing, and science to call for an end to sequestration. Together, these groups have highlighted the impact of discretionary budget cuts on Americans through a report on impacts, letters signed by national, state, and local organizations across the country, rallies, town halls, and press conferences. NDD United’s efforts have resulted in two two-year deals to reduce the depth of the cuts.

However, in 2018, the relief expires, and once again Congress will have to pass legislation to avoid an additional $5-$8 billion cut in order to maintain programs at their current levels. If our elected officials fail, more services, research, and training could be cut. Even if Congress manages to sustain current levels, population growth and inflation will still put additional pressure on struggling federal health programs. In order to restore the public health agencies to their funding levels in 2010 and make sorely needed investments in public health, Congress will have to replace or repeal sequestration in its entirety and reevaluate caps on domestic spending.

Cuts to public health are penny-wise and pound-foolish. They do little to address the deficit and debt and put millions of American’s lives at risk. However, because many of these programs work in the background, many Americans take them for granted and take for granted that they are going to be there when they need them. Fortunately, there are advocacy groups across the nation fighting for these programs and for the public health continuum as a whole. Congress should be looking for ways to increase capacity in these programs in a way that meets the growing demands. Advocates can help amplify this message by telling their members to tell their Representatives and Senators not to risk our health through irresponsible budget cuts.

Bio
Tiffany Kaszuba is a Vice President at Cavarocchi Ruscio Dennis Associates and serves as Manager to the Coalition for Health Funding—an alliance of 90 nonprofit organizations fighting to protect funding for the public health continuum. In her role with the Coalition, Tiffany writes a daily newsletter on budget and appropriations and has managed the production of reports on the effects of budget cuts on health programs.