Mental Health and the Presidential Election 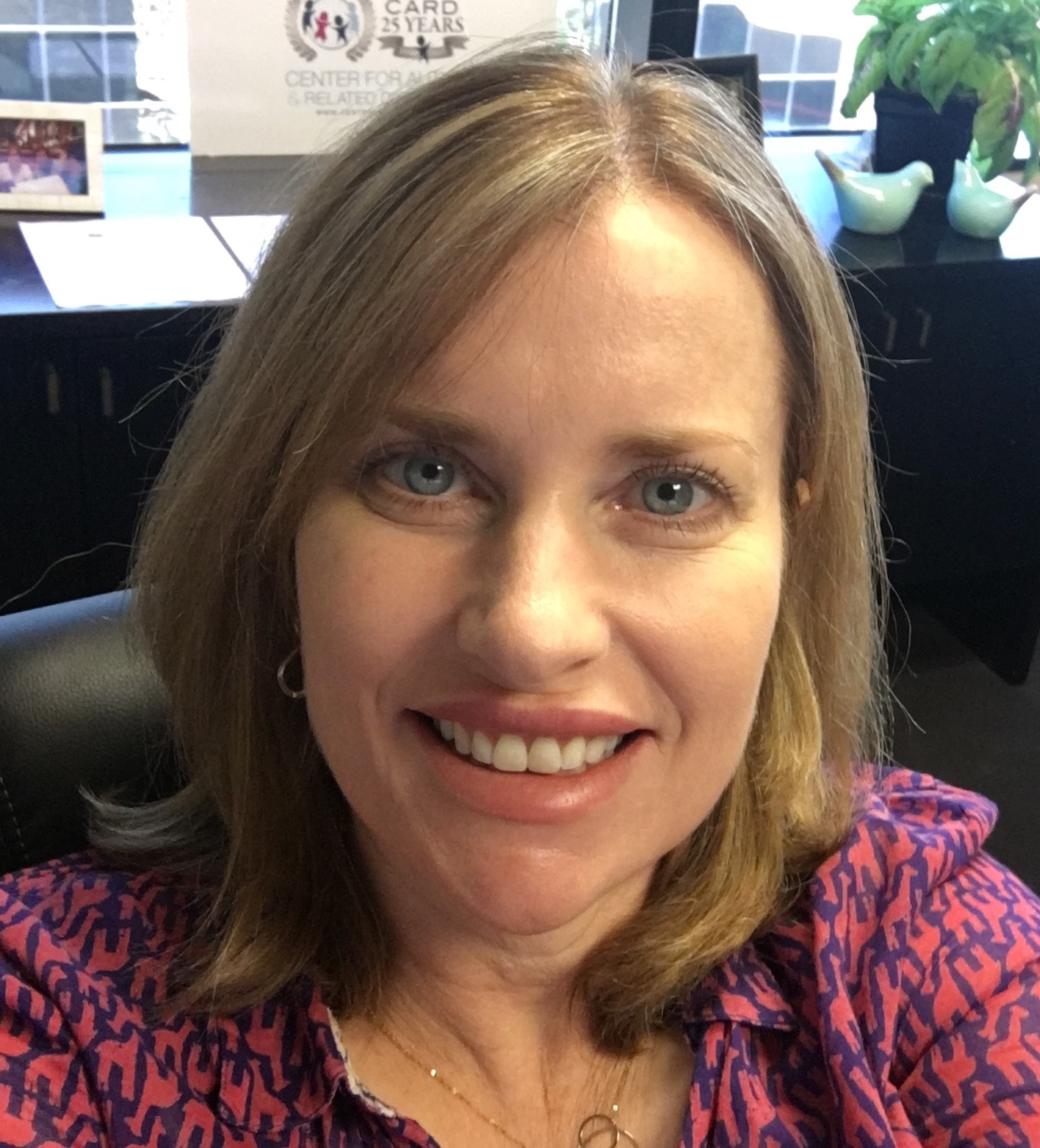 Editor’s note: We received this post from an author who supports Hillary Clinton for President. CFYM extended an invitation to the Donald J. Trump for President campaign to submit a statement of the candidate’s positions on mental health care, but received none. Please see the note below the article for more information.

Mental health should be a nonpartisan issue; it affects nearly one of every five adults across all demographics. Each of us surely knows someone struggling with depression, schizophrenia, addiction, or another all-too-common condition. Why would there be two sides to the proposal to give people access to mental health services?

In my job, I have spent years working with both Republicans and Democrats to increase access to treatment for individuals diagnosed with autism spectrum disorder, and I have been fortunate to experience a great deal of bipartisanship. Ever since the passage of the Affordable Care Act (ACA) in 2010, though, access to health care has become a hotly-politicized issue, with the very people who are most helped by the ACA often being the most vocal opponents of it, duped by the Republican Party to act against their own self-interest. When presidential candidates float health care proposals, they get my attention because – in a world with few sure things – this is what I know for sure: this election will change your health care.

In this presidential election, Hillary Clinton is the only candidate with a comprehensive agenda for mental health, describing in detail how she plans to protect, expand, and improve mental health services. One of the most insightful aspects of Secretary Clinton’s proposal is her understanding that we need to do a better job of enforcing the Mental Health Parity and Addiction Equity Act (MHPAEA), which she enthusiastically co-sponsored while serving as Senator from New York.  Enacted in 2008, MHPAEA (muh-pee-uh) is a federal law that requires mental health benefits to be covered in the same way that medical/surgical benefits are covered, without additional restrictions or limitations. This remains a revolutionary concept that health plans consistently ignore.

As the public policy director for one of the nation’s largest autism treatment providers, a big part of my job is a policy wonk’s version of whack-a-mole – clobbering one policy that violates MHPAEA only to see another rear its ugly head. I dedicate the battles that I win to my sister, who fell through society’s flimsy safety net as symptoms of schizophrenia emerged.

Initially, my sister had great mental health services, but – unlike her condition, which is lifelong – her benefits were limited and she reached a point where she had used them all. Deprived of access to mental health treatment, my sister spent years living on the streets of San Diego without proper care and support, plagued by the delusions that characterize her disease. One day, she voluntarily went to a county mental health facility to seek help. She had to be truly desperate to reach out because she was afraid of this particular place. As she approached the county mental health building, an employee was leaving and my sister took the woman’s purse. She didn’t aggressively steal the purse and run away; she took the purse and stood there, drinking from the woman’s water bottle because she believed the woman worked for her and was bringing her the purse. That day, she was arrested and spent years in prison before she was transferred to a state hospital where she will likely spend the rest of her life – behind barbed wire and guarded by sheriff’s deputies. For me, her life illuminates the human cost of untreated mental illness and the enormous gaps in our nation’s mental health services; she is never far from my mind as I advocate for mental health services.

MHPAEA has the potential to expand access to mental health services without limits. After all, why would we impose limits on health care to treat a lifelong condition? Ultimately, the cost of not treating mental illness is borne by all of us, as children who don’t receive adequate treatment for mental health conditions may become adults who can’t function independently or may be incarcerated or institutionalized. The National Alliance on Mental Illness (NAMI) estimates the cost of untreated mental illness in the US at over $100 billion a year. Michael Ganz, M.S., Ph.D., estimates the cost of not treating autism at $3.2 million per person over his or her lifetime. People with untreated mental illness also lose the opportunity to contribute to society, and we all suffer that loss. I think of my sister, who was always the smartest student in school, and I know the depth of the loss of human capital is impossible to calculate.

Hillary’s mental health agenda underscores the importance of integrating our nation’s mental and physical health care systems, which would likely simplify enforcement of MHPAEA. In our current system, insurance carriers – and society in general – treat chronic mental health disorders, such as schizophrenia or autism, very differently than, say, kidney disease. No one questions the reality that people with kidney disease need dialysis for the rest of their lives, but insurance carriers consistently try to stop treatment for mental health conditions. If we’re going to be honest, huge swaths of society still judge harshly people whose behavior is the product of a mental illness, echoing some version of the need for people to pull themselves up by their bootstraps. That pervasive lack of understanding perfectly complements the insurance industry’s systemic practices of denying and delaying mental health treatment. After all, how many of us see a homeless person talking to himself and think angrily about the insurance carrier that denied his claim?

Often, the only thing standing between taxpayers and that $100 billion cost of untreated mental illness is MHPAEA. The biggest challenges we face in realizing the full force of MHPAEA are the Republican governors and state policymakers who won’t enforce it. This is why it’s so critical that MHPAEA be buttressed by a culture of enforcement at the federal and state level, which is exactly what Hillary proposes. Although every state has a lot of work to do, in states with Democratic leadership, MHPAEA saves taxpayers millions of dollars every year; in Republican states, MHPAEA is just another acronym. Unless they are using it to pivot away from a meaningful discussion on gun safety, Republicans rarely raise the issue of mental health services. Mr. Trump’s promise to repeal the ACA and replace it with “something great” is all we have in the way of a health care policy from the Republican candidate. (See editor’s note below.)

When I think of my sister, in prison for over three years before being transferred to a state hospital where she remains de facto incarcerated – required to wear a prison uniform rather than her own clothes for a decade now – I embrace Hillary’s proposal to decriminalize mental illness by prioritizing treatment and rehabilitation over incarceration. I know that there are thousands of us – family members who desperately seek help for loved ones before it’s too late – before a child is arrested or a sibling’s unpredictable behavior makes a police officer fear for his life. I live in that moment when it’s too late; very little help is available for my sister; the State of California decides what happens to her as if she were a prisoner. Earlier screening, mental health services without arbitrary limits, and a justice system that understands mental illness would have been life-changing for my sister.

Secretary Clinton understands the human and financial cost of doing nothing for our most vulnerable citizens. She recognizes the strengths of the ACA and the potential of MHPAEA, and she has identified the problems, such as a lack of enforcement of MHPAEA, the criminalization of mental illness, and the need for early screening and comprehensive services. She’s the first and only presidential candidate to have both an autism initiative and a mental health agenda and to include people with disabilities in her call for equal rights. That’s why I’m voting for Hillary Clinton. It may be too late for my sister, but it’s not too late for thousands of other sisters, brothers, mothers, fathers, and children. This election will change your health care; if you want it to change for the better, vote for Hillary.

Editor’s additional note: In lieu of a statement from the Donald J. Trump for President campaign, as one was not provided upon request, CFYM directs interested readers to the campaign website for Mr. Trump’s positions on health care and mental health (under “Second Amendment”). Recent articles covering the candidates’ positions on mental health include “Candidates Reveal Positions on Mental Health” on PsychNews and “Where Hillary Clinton and Donald Trump stand on healthcare” on Forbes.com.

Bio
Julie Kornack is the director of public policy for the Center for Autism and Related Disorders, one of the world’s largest providers of evidence-based autism treatment and the nation’s third largest non-governmental organization contributing to autism research. Her work includes identifying, developing, and supporting state and federal initiatives that increase access to autism treatment, as well as analyzing the impact of state autism mandates, the Affordable Care Act, and the Medicaid benefit on access to autism treatment. She works directly with all stakeholders in an effort to increase access to evidence-based autism treatment and serves on several state and national advisory committees. Her analysis of the economics of autism treatment was published in the Handbook of Early Intervention for Autism Spectrum Disorders: Research, Policy, and Practice, and she is an editor of Evidence-Based Treatment for Children with Autism: The CARD Model.