My Mental Health Care on Base: A Perfect Storm 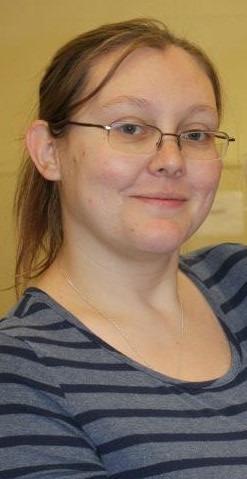 I like to think that my issues with the mental health care on our Army post are the result of a perfect storm. I live with Bipolar II, which I know how to self-regulate for the most part. There are times, however, where either I know I need to check in or my primary care manager (PCM) recommends a visit. At our current duty station, I have seen both a psychiatrist and psychologist at the recommendation of my PCM. Both visits have left me wanting better care. The psychiatrist put me on an anti-depressant, which is contra-indicated for Bipolar as it can spin me into a manic state (which it did). I stopped taking the meds and asked to be seen by a psychiatrist to figure out a self-care plan without medication. I saw him one time—during which he allowed me to speak for maybe five minutes out of an hour. He asked for my background—during which I mentioned my college education—and he went off on a tangent about a woman he dated that went to my alma mater and how attractive the women there seem to be. My lack of confidence in his ability to listen to me, his one job, kept me from returning.

I mention all of this because I believed my bad experiences were just a result of those doctors not listening to me; like I said, a perfect storm of incompetence that I was unlucky enough to be part of. When I said that to my husband, he countered my assessment. It’s just a regular storm. It’s what too many spouses and service members face when they go to mental health [services].

I know people who went in for their appointment only to be put in an exam room and forgotten about for an hour and a half. I know people who were put on medication that not only didn’t work (medication for mental illness is an inexact science after all), but were put on meds that weren’t even for the condition they were dealing with. For example, people with severe depression being put on mood stabilizers. It isn’t that too many people fall through the cracks but rather that too few get caught by what’s left of the foundation.

It’s easy to blame the mental health clinics, but the problem doesn’t start and end there. They’re just the bottom floor of a broken house. I was sent to the psychiatrist by my PCM when I went in for a sinus infection, one that I’d had for almost two years. I told my doctor that I was congested, couldn’t smell, and was having horrific headaches. Instead of sending me to an ENT, as I requested, he passed me off to mental health—after all, there was a history of it in my chart. His comment to me was that it’s hard being married into the military and that was just how my depression was manifesting itself.

When mental health is used as a dumping ground for people doctors don’t want to see and lessen their patient-load, it backs up care for people who need it. It’s a system that’s overworked (the wait on-post was 6 weeks last time I tried to get an appointment for a psychologist) with people who truly need care competing for the same slots as those with physical issues whose doctors don’t want to see them.

While I have issues with the mental healthcare, I am grateful for its availability. When it works, it works well. We have a family friend who saw a psychiatrist, was put on the right medication, and it made a huge difference for him. He was more equipped to handle work and his physical health improved as he was better able to take care of himself. This is what needs to be worked towards for all patients in the Army mental-health clinics, military and civilian alike—competent, compassionate care where the patient is at the forefront, not rushed treatment in which people are viewed as just another chart to get through. Until then, I maintain hope that my next appointment with be with a good provider. Realistically, however, I plan to continue my course of self-regulation.

Bio
Sarah Davies attended Wellesley College. She currently resides in Watertown, NY, with her husband and 2 daughters. She writes and works with various non-profits in the area.