Now that the Fireworks are Over, Let’s Really Celebrate the 4th of July Holiday 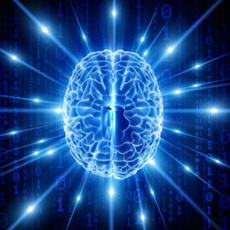 What’s more American than hot dogs, and fireworks on the 4th July? How about celebrating that we live in a country that allows us to have a voice in public policy and encourages us to exercise our freedom to stand up and be heard? Where should you begin? Who needs to hear your voice? Consider lending your support to fund the BRAIN.

Now that the Fireworks are Over, Let’s Really Celebrate the 4th of July Holiday
The National Institute of Health (NIH) is seeking $4.5 billion to implement the “Brain Research through Advancing Innovative Neurotechnologies” (BRAIN) initiative. That makes this one of the more aggressive initiatives since the space race.

During a White House briefing in April 2013, President Obama stated the goal of the project is to “accelerate the development and application of new technologies that will enable researchers to produce dynamic pictures of the brain that show how individual brain cells and complex neural circuits interact at the speed of thought.”

While the executive branch has committed $1 million to jump-start the project, Congress needs to appropriate the majority of the funding. And we’re all going to need to do our part to educate them that funding the BRAIN is the right thing to do.

BRAIN preliminary report
In June, the working group that was assembled to provide a plan for achieving this scientific vision, released its final report to the NIH. The group listened to the concerns of advocacy groups that represent individuals living with brain disorders, scientists, and clinicians to develop the report. They identified six goals, but stated that goal seven represents the heart of their vision.

#7. From BRAIN Initiative to the brain: Integrate new technological and conceptual approaches produced in Goals #1-6 to discover how dynamic patterns of neural activity are transformed into cognition, emotion, perception, and action in health and disease.

The report further states that the “most important outcome of the BRAIN Initiative will be a comprehensive, mechanistic understanding of mental function that emerges from synergistic application of the new technologies and conceptual structures developed under the BRAIN Initiative.

Make your voice heard
Convincing Congress to invest in the initiative will not be easy. The commission is recommending a steep investment that has an initial outlay of $400 million/year for fiscal years 2016-2020 and $500 million/year for fiscal years 2021-2025. To put this allotment in perspective, the total fiscal budget Congress is reviewing for FY 2015 contains 3.90 trillion in expenditures. Another perspective: the F-22 Raptor fighter aircraft costs $350 million, or roughly one year’s investment in the BRAIN Initiative.

If you believe in the premise given to the NIH Brain working group that “this knowledge will be an essential guide to progress in diagnosing, treating and potentially curing the neurological diseases and disorders that devastate so many lives,” than you should take action now.

Exercising your freedom muscle is easy. Voice your support of the BRAIN by contacting your Congressional Representative and Senators. Call them or send them an email. Tell them that you support the BRAIN and ask them to support the BRAIN with full funding of the BRAIN Initiative as outlined in the final report to NIH. With full support, the vision of Target Zero symptoms to thrive can become a real possibility.