The Future for Depression Is Bright, But We Have to Be Patient 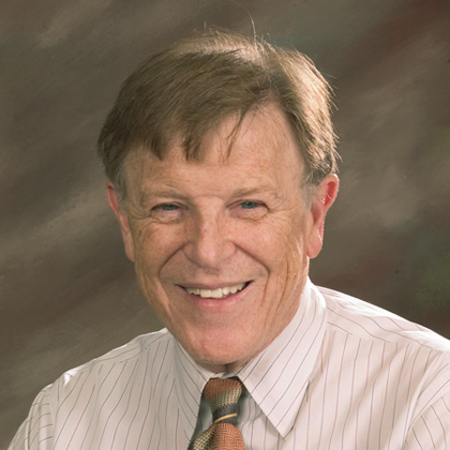 Despite the hurdles that stand in the way of developing new treatments for depression and other mood disorders, I believe we have every reason to be optimistic.

When it comes to science, time is on our side, and the landscape for drug development will look much, much different in 10 to 20 years when we have a better understanding of the brain. But in the meantime, we need to find ways to help the millions of people who are suffering now.

The good news is, scientists, drug companies, and government agencies have begun to adopt a more inclusive model in order to work more efficiently and achieve better results.

By engaging in public/private partnerships, better focusing our research efforts, and enlisting the support of patients and advocates, we’re on our way to finding innovative solutions for this complex problem.

Collaboration is key
With an organ as complex as the brain, there’s no way any one company, researcher, or government agency could figure it out alone. And while competition can be an effective way to drive innovation, it isn’t enough to insure success when tackling this kind of large-scale issue. Whether one studies weather systems, physical properities of the universe, or neuroscience, it takes a village.

Luckily, the industry has begun to figure this out and, in the last few years, stakeholders have started to come together. From pharmaceutical companies to government agencies to academics — everyone is heeding the call. Before we continue to spend billions of dollars on research, scientists have realized that we need to know exactly what we’re looking for, and that takes a group effort. We need all hands on deck to help find the right targets and narrow down the field.

Of course, competition still has a role, but it comes into play later, after targets are identified. Then companies can compete to find the right drug to hit those targets.

Lots of people and groups are stepping up in this effort. The Food and Drug Administration (FDA), for example, is part of a partnership to find better ways of measuring effects of drugs on the brain and more efficient ways of understanding risks of undesirable side effects. And the National Institute of Health (NIH), also a part of this partnership, now requires that neuroscience grant recipients share their data, which is a huge step forward in speeding up the process of learning which findings can be applied to helping patients.

Brain research has also become an international effort; the European Union, Japan, Australia are all coming to the table. With modern computer technology we can put information on the cloud and share vast amounts of information in real time, all of which is helping to facilitate progress.

Patience and persistence
The question is, what’s next? Scientists are hard at work, but we know it’s going to take a while to have tangible results. So what can doctors, people with lived experience, and advocates do today to improve the state of mental health care?

I believe the best thing any individual can do is to both push for and partipate in research focused on rigorously testing which findings from basic research can be used to develop better treatments. This is a long and complex process. We need people to be willing to participate in research efforts, even though there may not be an immediate payoff. My suggestions: participate in clinical studies; join an advocacy group; donate your brain to science.

In areas such as HIV/AIDS, Alzheimer’s, and Parkinson’s, groups have forced scientists to work together to come up with solutions — and advocates can do the same for mental health.

Until now, mental health groups have largely fought for parity, i.e., that insurance companies impose no more restrictions for mental health benefits than for physical health and surgical benefits. But until very recently, advocates haven’t complained loudly enough about the quality of current treatments and truly pushed for anything better. Importantly, just within the last few months, senior leadership of the National Alliance of Mental Illness has increased its focus on advocating for translating neuroscience into new treatments, a very encouraging example of exactly what is needed.

People living with mood disorders can also push their providers for better treatments. Often, physicians belong to professional groups and they wield a lot of influence with regard to the allocation of resources.  Patients should not be be shy about telling their doctors when treatments are less effective than they had been led to expect. For so many patients, the status quo is not good enough. Science tells us that we should be able to do better as we learn more about how to correct abnormal brain function.

As with any great scientific endeavor, patience is key. It’s only through hands-on research that we’ll continue to advance our knowledge. As much as we want answers now, this is a long-term endeavor, and we’ve got to stick it out — together.