The Mental Health Tragedy in the US:
What Can Be Done? 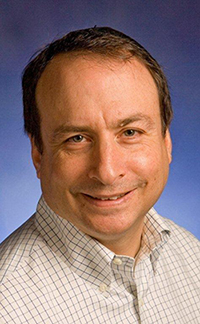 In an October 2015 segment of HBO’s Last Week Tonight, John Oliver did a stunningly effective report on the tragic state of mental health services and care in the US. While it seems we only talk about mental health care as a national policy issue after mass shootings – which, as Oliver pointed out, is exactly the wrong time and context for this discussion – we have a national tragedy around mental health care.  Given that we only recently commemorated World Mental Health Day, it behooves us to take a few moments to consider the problem and what we might do about it, apart from the debate around gun violence and mental health.

As Oliver noted, in 1963 President Kennedy signed the Community Mental Health Act. This law’s goal was to move the vast majority of people with seriously mental illness out of state hospitals and into community settings. This idea became possible with the development of medications to treat psychotic illness, creating the hope that, with the right care and support, those with serious mental illness could function as contributing members of local communities. Unfortunately, while states significantly reduced their budgets for their long-term hospitals, they never adequately put into place the infrastructure for caring for seriously mentally ill people in the community. Over the past 50 years, government spending on the state and federal level for mental health has been slashed dramatically. The result is that many people with serious mental illness have not had access to care and have become homeless or imprisoned.

Also over the past 50 years, two other developments changed the face of treatment of mental health conditions in the US. A series of new drugs, developed to treat depression, anxiety, and psychotic illness, held the promise of much more easily and quickly helping those with mental illness. This contributed to the de-emphasis of talk therapy and other supportive treatments. At the same time, many medical insurance companies significantly reduced coverage for mental health services as well as payment to clinicians, clinics, and hospitals caring for those with mental illness. Many clinics and outpatient services closed and hospitals cut mental health beds. As a result of talk and psycho-social therapies being under-emphasized and under-funded, fewer clinicians are available who are adequately trained in the array of non-medication treatments which can be very helpful even to those with serious illness.

We know a lot about what can be done both for those with serious mental illness and those with milder mental health problems. President Kennedy’s Community Mental Health Act had the right basic idea: when a comprehensive community-based program is in place, we can make a tremendous difference.

In fact, the US Air Force launched a suicide prevention program in 1996 that is effectively a community-based approach to providing mental health care and substance abuse prevention services. This program combines adequate financial support and commitment from Air Force leadership with educating service members about mental health, encouraging and promoting help seeking, and improving access to clinical services. Since the launch of the program, not only have suicide rates dropped among Air Force service members but, incredibly, so have rates of homicide, accidental death, and domestic violence.

This program is not just applicable to the armed forces. The JED Foundation and Suicide Prevention Resource Center have partnered to adapt this model for colleges. Through The Campus Program, the JED Foundation works with colleges to help put a community mental health plan into place. This model can be applied to towns and cities with small adjustments.

Providing good and thorough care saves lives and money. We can’t afford, as a country, not to be doing this!

Dr. Victor Schwartz, Medical Director of The Jed Foundation, has more than 20 years of experience as a psychiatrist working in college mental health. He was the medical director of NYU’s Counseling Service, established a counseling center at Yeshiva University, and was most recently University Dean of Students there. He was an original member of the American Psychiatric Association’s Presidential Task Force on College Mental Health and co-chair of the APA working group on legal issues in college mental health. Dr. Schwartz is a member of the Group for the Advancement of Psychiatry Committee on the College Student and has served as an advisor to Active Minds on Campus and Gun Free Kids. He is co-editor, with Dr. Jerald Kay, of Mental Health Care in the College Community (Wiley 2010). His work has focused on crisis management, legal issues, and the community/public health model in college mental health.