The State of Research on PCOS and Mental Health 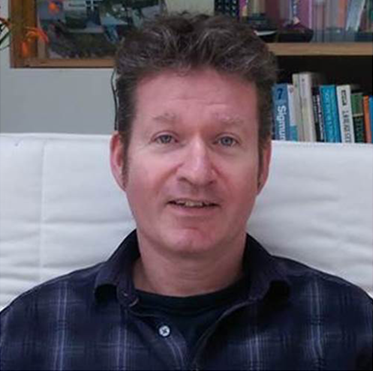 What we know about PCOS and mental health
Women with PCOS are more likely to experience depression and anxiety than other women. This is likely due to the unwanted symptoms of PCOS, such as acne, body hair, menstrual problems, fertility problems, and weight gain.

Some women with PCOS experience low mood, tension, and tiredness. These are similar to the symptoms seen in people experiencing low blood sugar levels (known as hypoglycemia) and can be related to insulin resistance. Because many women with PCOS (50-66%) are prone to experiencing hypoglycemia, especially after a meal high in carbohydrates (such as pasta or white bread), it is possible that low mood in PCOS may be related to blood sugar levels. Some physicians are skeptical of this link, though there is much anecdotal and some research evidence supporting it.

In a recent study of a large medical database, Berni and colleagues (2017), found that women with PCOS were more likely to have a diagnosis of depression, anxiety, and bipolar disorder than controls (women who didn’t have PCOS) matched for age, Body Mass Index (BMI), and primary care practice. Although the database could not identify the severity of conditions, the children of the women with PCOS were more likely than the control women to have a diagnosis of autism spectrum disorder (ASD) or attention deficit hyperactivity disorder (ADHD). Although this sounds alarming, it could be that these are mild cases of ASD and ADHD. Further research is needed to clarify this issue.

Some authors suggest that there are a range of other possible physical and psychological issues that may or may not be related to PCOS, but it is important to know that many women with PCOS will have only have two or three of the possible range of symptoms.

Successes in discoveries and outcomes

Discoveries
Knowing the underlying cause of PCOS would be an important step toward developing a cure. Animal studies suggest that exposure of the fetus to elevated testosterone is a potential cause of PCOS, and there is indirect evidence in humans (e.g., testosterone levels in the umbilical cord) that PCOS in humans develops in a similar way. This explanation fits with the possibility of increased ASD in PCOS, because ASD in the general population is said by some researchers to be caused by exposure to elevated prenatal testosterone. If the prenatal testosterone hypothesis of PCOS is accurate, it would be of great potential importance, because it would point a way forward to prevention of the development of PCOS.

Outcomes
At present, no specific medication or talking treatment is recommended for helping with psychological issues in PCOS. Medication used to increase insulin sensitivity or reduce testosterone levels can sometimes improve mood, but may also have unpleasant side effects for some women. Diet and exercise programs may help but participants tend to drop out of these if the programs are perceived as too arduous. However, two recent studies suggest that a psychological approach can both improve mood and have physiological benefits. A study by Stefanaki and colleagues of mindfulness training for women with PCOS found a significant improvement in mood and a reduction in the stress hormone cortisol. A study by myself and colleagues at UCL that combined muscle relaxation and guided imagery found not only a significant improvement in mood and reduction in cortisol, but also a significant reduction in adrenal androgens (which are testosterone-like biochemicals released during stress).

Medical interventions can indirectly improve mood by reducing the problems related to PCOS.

Gaps in research on the psychosocial aspects of PCOS

Consensus on diagnostic criteria
One of the problems of treating PCOS is that it is difficult to diagnose. There is probably more than one type of PCOS (e.g., a lean type, an anovulatory type) and understanding one type might not lead to understanding another type. The complexity of diagnosing PCOS makes it difficult to effectively research treatments for PCOS, including psychological treatments.

Development of psychological interventions for PCOS
Surprisingly little has been done to develop approaches to relieve the psychological impact of PCOS. Many potentially useful areas of counseling, cognitive behavioural therapy, and psychotherapy could be explored, but have not been. This is quite an oversight and should be addressed as a matter of urgency.

Prevention is preferable to cure
Several of the psychosocial aspects of PCOS are likely to be related to biological aspects of PCOS, so one approach to treating psychological issues is to treat biological issues. We could improve on this approach if we could prevent PCOS from developing in the first instance. This likely means investigating the probable prenatal origins of PCOS. This is a long-term strategy, but should be considered as one approach to dealing with the psychological problems associated with PCOS.

How can governments, funding agencies (NIH, etc.), and health systems better contribute to prevention and improved outcomes in mental health for women and girls with PCOS?

The National Institutes for Health (NIH) has been criticized for failing to grasp the issue of the psychological needs of women with PCOS. Leading PCOS researchers agree that what we need is a coordinated international effort to understand the causes of psychological issues in PCOS, and thereby develop effective treatments. A first basic step would be to raise awareness amongst psychologists and other mental health professionals of the psychological issues that they might typically see in women with PCOS. Even a basic understanding would be an advantage, if only to help mental health professionals to empathize better with women who have PCOS. At present there is no specific mental health treatment strategy for women with PCOS. This is an oversight that should be addressed without delay.

How can patients and supporters contribute?
Patients and supporters can do a variety of things. They can support PCOS Challenge. They should volunteer to participate in studies whenever the opportunity arises. More generally, people should be ready to talk about PCOS to friends, family, physicians, and psychologists. Raising awareness of the fact that PCOS is an significant physical and mental health issue is an important step toward all of the other advances necessary in PCOS.

The author has made his latest paper on understanding the links between testosterone and psychology in PCOS freely available to the public at this link.