Turning Our Eyes Back to the Brain 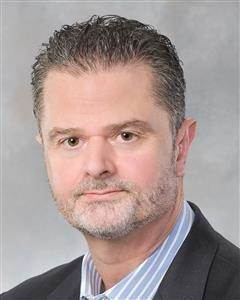 Care for Your Mind acknowledges and appreciates the collaboration of the American Brain Coalition in developing this series.

An epidemic
The world’s quietest healthcare crisis is one that starts between the ears.

When it comes to mental illness, the statistics are nearly too staggering to process. For instance, today, depression alone costs Americans an estimated $210 billion dollars each year, as millions of patients across the country struggle with a range of disabling symptoms – from loss of energy to insomnia to poor concentration – as well as massive lost productivity in the classroom, in the workforce, and on the home front. Meanwhile, while we are making such incredible strides in our treatment of cancer, Hepatitis C, HIV, and many other diseases, the tragedy and expense of mental illness accumulates by the day. According to the World Health Organization, by 2030, depression will be the leading global burden of disease.

Lundbeck, a global pharmaceutical companies focused solely on the brain, has remained steadfast in our vision of improving the lives of people suffering from psychiatric and neurological disorders. In recent years, many other companies have scaled back their R&D (Research and Development) in central nervous system (CNS) disorders, if they haven’t abandoned the space entirely. As a community invested in mental health, we have to bring them back and entice others to join the fight for better CNS treatments, especially if we want to bend the curve in challenging disease areas like depression.

Incredible, exceptional challenges
The brain is incredibly, exceptionally difficult to research. Where diabetes can be measured with a simple blood test and cancer identified by a biopsy, brain disorders operate in the shadows: we have limited ability to conduct large-scale evaluations of the brain in a live state, there are few “biomarkers” that confirm a disorder’s existence, and our “blood-brain barrier” blocks many potentially helpful drugs from even reaching their targeted receptors. This often leaves us fishing in the dark and doing our work by trial and error.

These challenges are expressed in the results of our clinical trials. According to the Tufts Center for the Study of Drug Development, products that are tested to treat brain disorders take about 18 percent longer to develop compared to other therapeutic areas, succeed at approximately half the rate, and cost significantly more to produce. It’s no mystery why so many companies have moved on.

Given these seemingly intractable challenges and the catastrophic rise in people living with these terrible conditions, for us to close the gap with other pressing areas of need like cancer, we need to not only band together to take a more collaborative approach towards solving problems, but we must reform the way these drugs are developed, studied, and evaluated for approval. There are some clear and important starting points where these reform efforts can begin.

Adopting the right incentives to encourage innovation
Given the need for R&D breakthroughs in depression (as well as dozens of other challenging brain disorders), we need a comprehensive set of interventions aimed at bringing the risks associated with research in this therapeutic area in line with other categories, as well as offering greater incentives to join this fight. This means greater pre-clinical research funding to improve our collective understanding of CNS drug targets and translational models (current federal funding is rarely earmarked for CNS specifically, and when it is, the direction is vague), as well as patent protections that allow companies a stronger opportunity to recoup their investments ahead of generic competition. Similar comprehensive reforms have proven effective before, such as with the Generating Antibiotic Incentives Now (GAIN) Act, which was passed in 2012 to address the crisis in antibiotic drug development. A likewise approach that addresses the nuances and specific regulatory challenges associated with mental health drug development could entice more players to engage in psychiatric research while accelerating drug review times that tend to be among the worst of any therapeutic area.

Defining “value” in human and not simply financial terms
Up and down the healthcare spectrum, there is a widely agreed-upon need to reduce costs. However, the widespread misunderstanding of where costs truly reside and how they are best reduced often comes at patients’ expense.

When we talk about the financial dynamics of healthcare, the term “value” often drives the conversation. While this is a subjective term, among policymakers and payers, it is often how drug selection and coverage is determined: the drugs that offer the greatest “value” are the top candidates for reimbursement. However, the definition of “value” is highly inexact and currently relies far too much on price and far too little on how the patient defines impact.

Brain disorders, including mental health conditions, are notoriously heterogeneous. Two people living with depression may in reality have diseases that resemble each other only in name, and a treatment that works for one may prove ineffective for the other. This is why we must continue to not only strive to develop more options – both novel breakthroughs and incremental improvements – but also empower healthcare providers to work hand-in-hand with patients through Shared Decision Making (SDM) to identify exactly what is the most appropriate, effective treatment in any individual instance. We must honor those decisions and trust their expertise.

Value is not just the price at which a medication is sold, just like healthcare costs are not just the costs of medications. When new medicines that offer improvements in ways that patients see as important are made available, not only are those improvements offering human value, but by helping keep them out of physicians’ offices, out of hospitals, and able to work or study, they are offering benefits to the overall healthcare system and economy. This must be recognized in the reimbursement decisions we make.

Fostering greater collaboration
At Lundbeck, we believe there is no company that knows the brain better than we do. We have been researching areas like depression and schizophrenia (as well as neurological diseases such as Alzheimer’s disease and Parkinson’s disease) for more than 70 years and brain disorders represent the whole of our business. Given the complexity of the underlying biologies of these diseases and the exploding unmet medical needs that exist, whether developed by Lundbeck or a competitor, we will celebrate each and every new treatment that enters the mental health R&D arena. The fight to improve mental health simply has to be a joint effort.

In a field with so many unknowns, so much risk, and such difficult odds, trying to go at it alone may make for a fool’s errand. Of course, at times, work within the business of drug development must be done independently. But when it comes to understanding these diseases on a fundamental scientific level or gaining insights into what patients experience and value, we must change today’s environment to foster greater collaboration, better share information, and strengthen our sense of community.

Every day, millions of people live with the hopeless sense of being incapable to manage a psychiatric illness that alters their reality and clouds their talent. This problem won’t solve itself and too little is happening at too slow a pace to change this reality. If we can summon the public and political will to act, we can make a difference now, before this crisis reaches even more unfathomable proportions. With passage of the 21st Century Cures Act and the important mental health legislation attached to it, we have the opportunity to cut forward a new path that invites participation from more companies, inspires new treatment concepts, and ultimately yields better care for countless patients.

Editor’s Note: CFYM has several posts about Shared Decision Making. Learn more. Also, this link is to the first of three posts regarding the passage of the 21st Century Cures Act.