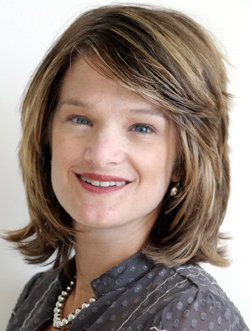 When a maternal suicide or infanticide (the intentional killing of a child within a year of birth) makes the news, everyone is left with one question: How could this have happened? The truth is that the potential for this kind of tragedy lies within a very specific segment of the population: vulnerable pregnant and postpartum women in need of psychiatric care.

Of the millions of women who suffer from perinatal mental health issues, most have unipolar depression and can be treated successfully by trained OBs or other primary care providers. The remaining 20 percent, however, require psychiatric care for more complex conditions such as severe depression, bipolar disorder, schizophrenia, or postpartum psychosis, and it’s in this population where tragedy can occur.

Unfortunately, general psychiatrists often lack the specialized training and resources they need to treat this vulnerable segment of the population. Just like OBs and pediatricians, they require additional education, training, and support in order to be able to offer thoughtful, evidence-based treatment options to their perinatal patients.

What Can Happen Without Care
As a perinatal psychiatrist, treating pregnant and postpartum women is my specialty. Over the years, I’ve seen firsthand what can happen when women are left untreated or abruptly taken off of their medications.

Once, while on duty in the emergency room, I saw a woman with bipolar disorder with psychotic features who was planning to get pregnant. She was on several psychiatric medications and, because she was planning to conceive, her psychiatrist was discontinuing all of them quite abruptly. She was beginning to relapse into her illness and it worried her. She told me that she thought she needed to stay on her medication. I called and left her psychiatrist a message, recommending that he obtain a consult with a perinatal psychiatry expert. I also educated the patient and help her arrange the consultation. Unfortunately, the consult never happened and her medications were stopped.

The next time I saw her, it was several months later and she was pregnant and just been released from jail. After her psychiatrist stopped her meds, she became floridly psychotic and she caused significant damage to her home. In this case, there was missed opportunity to engage the patient in careful decision making that considered not only the risk of the medication but also the risks of no treatment.

Without the information and support they need, many psychiatrists underestimate the risks of no treatment. They may opt out of treating pregnant or nursing women altogether, or recommend that they cease taking medications during the perinatal period.

Supporting Vulnerable Populations
A psychiatric provider’s discontinuation of treatment for a pregnant or postpartum woman can lead to a highly stressful situation, including a risk for relapse. In a study of 201 depressed pregnant women, 68 percent of those who discontinued medication experienced symptom relapse, compared to only 26 percent of those who continued medication.

Additionally, maternal mental health issues present serious risks on their own. Maternal depression, for example, can lead to an increased risk of mood disorders and other developmental issues in children.

Before stopping medication for pregnant and postpartum women, psychiatric providers need to consider the risks of no treatment and make careful, evidence-based decisions about how to proceed. It’s important to have a broad understanding of the pros and cons that come with different psychiatric medications and be able to help patients choose an educated approach to care.

Expanding Capacity for Care
By building the capacity of general psychiatrists to treat perinatal women with more complex cases, OBs and pediatricians can be freed to manage the other cases.

How do we build this capacity? Two key methods include offering specialized training sessions and phone support from perinatal psychiatrists. MCPAP for Moms in Massachusetts offers both of these options to clinicians statewide. Currently, 16 percent of the program’s calls come from psychiatrists who utilize the program for consultations.

By creating integrated care models that allow providers to lean on experts for support, we can quickly and easily expand care quality for women nationwide.

Supporting Our Patients
General psychiatrists treat a wide range of patients; perinatal women are just one segment. Like any other patient, their conditions require a unique and individualized approach to care — but providers cannot afford to shy away from the challenge. These are the women most in need of support.

Psychiatric providers are the community responsible for preventing tragedies; with the proper education and resources, we can prevent the horrors of maternal suicide and infanticide. It’s up to us to demand education, resources, and support, and ensure that we have the tools necessary to help vulnerable women in need.

Next in the Series: How MCPAP for Moms Offers a Lifeline to Providers and Women in Need.

Bio
Dr. Byatt is a perinatal psychiatrist focused on improving health care systems to promote maternal mental health. She is an Associate Professor at UMass Medical School in the Departments of Psychiatry and Obstetrics and Gynecology.  She is the Founding and Statewide Medical Director of MCPAP for Moms, a statewide program that addresses perinatal depression in Massachusetts by providing mental health consultation and care coordination for medical providers serving pregnant and postpartum women. Her research focuses on developing innovative ways to improve the implementation and adoption of evidence-based depression treatment for pregnant and postpartum women. She has received federal funding from the Center for Disease Control to test an intensive, low-cost program that aims to ensure that pregnant and postpartum women with depression receive optimal treatment. Her academic achievements have led to numerous peer-reviewed publications and national awards.