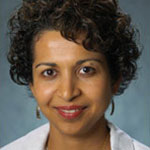 Polycystic ovary syndrome (PCOS) is the most common hormone disorder in women. Some parts of the world report that close to one-quarter of their female population is affected by PCOS. The impact of PCOS is far-reaching and can lead to some of the most distressing, painful, uncomfortable, and expensive burdens on health and quality of life. Women with PCOS have higher rates of anxiety, depression, eating disorders, bipolar disorder, and other issues that affect mental health, and also chronic physical health issues such as type 2 diabetes, heart disease, and endometrial cancer. Infertility, excessive facial and body hair (hirsutism), hair loss, rapid weight gain, and menstrual disturbances can have a profound effect on the way women and girls feel about themselves and relate to others, potentially stifling social development. With heritability being a contributing factor, a number of members of the same family may have PCOS. Those affected by the disorder often feel isolated and alone. Many women do not speak about PCOS even to their closest family members or friends. Some women report hiding symptoms such as facial hair growth from their spouses by waking up early to shave or pluck their unwanted hair. PCOS, touted as “the thief of womanhood,” has been a source of shame for many. 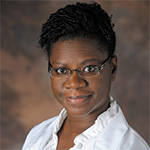 Over the past nine years, PCOS Challenge: The National Polycystic Ovary Syndrome Association has increased awareness, education, and advocacy of PCOS. In 2017, PCOS Challenge worked with members of the U.S. Congress to write and introduce the historic resolutions S.Res.336 and H.Res.495 recognizing the seriousness of PCOS and the need for more awareness, treatment options, research, and a cure for PCOS. The resolutions also officially designate September as PCOS Awareness Month. In December 2017, 82 years after PCOS was first described, the U.S. Senate passed S.Res.336. This was possible because for the first time, women with PCOS were given a platform to speak up and tell their legislators about the urgent need for prioritizing PCOS. PCOS Challenge’s vision is that polycystic ovary syndrome is treated as a public health priority.

Sasha Ottey: Why should PCOS be treated as a public health priority?

Anuja Dokras, MD: It is the commonest endocrine disorder in reproductive age women. With the obesity epidemic, the prevalence of PCOS may be increasing. Also, PCOS is associated with several comorbidities adding to the financial burden of this condition. International studies show that women with PCOS are dissatisfied with their management, further making it a public health priority.

Carmina Charles, MD: PCOS carries multiple risk factors. Patients with PCOS often suffer with insulin resistance, impaired fertility, and metabolic syndrome, and are at risk of developing diabetes, hypertension, and heart disease. If it is not a public health issue, many women will go undiagnosed and their care neglected. Prevention is key.

Why is PCOS advocacy (by patients, clinicians, researchers) important?

AD: It is important to increase public awareness of this very common condition; increase support for funding by private and public entities; increase potential therapeutic approaches to PCOS.

CC: The more we advocate as patients and clinicians, the more research funds are dedicated to PCOS. So much remains to be answered. The more we know, the better equipped the medical community will be to treat and prevent some of the long-term sequelae associated with PCOS.

As a clinician/researcher, how do you think mental health impacts PCOS care?

CC: The impact of PCOS on mental health is significant. The emotions experienced by women can be devastating. I often see depression and anxiety in women with PCOS. Many times it is tied to the manifesting signs and symptoms. Hirsutism often affects self- esteem and fertility brings a lot of tension, anger, depression and anxiety. A multidisciplinary approach is essential in the care of patients with PCOS.

PCOS Challenge, our members, advisors, partners, and supporters will continue our long-term effort to realize our vision of PCOS becoming a public health priority.

Sasha Ottey, MHA, MT (ASCP)
Sasha Ottey, is Founder and Executive Director of PCOS Challenge, Inc. Sasha started the organization after she was diagnosed with PCOS and experienced great dissatisfaction with the availability of support resources for women with the condition. Since its programs started in 2009, PCOS Challenge, Inc. has grown to 50,000 members worldwide including its online and offline support groups. PCOS Challenge is innovative in its multimedia approach to support. It produces the national award-winning cable television show PCOS Challenge, a health series that follows ten women with polycystic ovary syndrome as they have their lives transformed by naturopathic and allopathic medical experts and coaches. Its website, PCOSChallenge.com, has been called the “Facebook for women with PCOS” by its members, and its popular PCOS Challenge radio show features internationally-recognized PCOS experts, New York Times best-selling authors, and real-life stories from women with PCOS. The organization also provides offline support networks, webinars, and educational products. Sasha is a Clinical and Research Microbiologist with a Bachelor’s degree in Clinical Laboratory Science from Howard University and a Master’s in Health Administration from the University of Phoenix. Prior to founding PCOS Challenge, Sasha was a contract research microbiologist at the National Institutes of Health (NIH).

Anuja Dokras, MD, PhD
Director, PENN Polycystic Ovary Syndrome Center
Medical Director, Reproductive Surgical Facility
Dr. Dokras is an internationally-renowned leader in the field of PCOS. She is the Immediate Past President of the Androgen Excess and PCOS Society. Dr. Dokras directs the PENN PCOS center which offers comprehensive gynecological, reproductive, dermatological, metabolic, nutritional, and psychological care to women with PCOS. She received her medical degree from University of Mumbai, Seth G.S. Medical College and has been in practice for more than 25 years. Dr. Dokras did her residency and fellowship at New Haven Hospital (Yale University).

Carmina Charles, MD
Endocrinologist, Florida Hospital Diabetes and Endocrine Center
Dr. Charles is board-certified in endocrinology, diabetes, and metabolism. She is an esteemed member of the medical team at Florida Diabetes & Endocrine Center in Orlando. She established a subspecialty clinic in polycystic ovary syndrome and is currently working on expanding services to include endocrine disorders in pregnancy. Dr. Charles graduated with a Doctorate in Medicine from Ross University. She completed her internal Medicine residency at Orlando Health and Fellowship in Endocrinology, Diabetes and Metabolism, Nutrition and Medical Genetics at Medical University of South Carolina. Dr. Charles is a trilingual provider with fluency in English, Creole, and French.