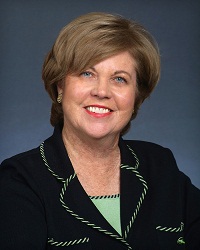 Over the past few months, debate over our nation’s healthcare system has consumed much of the air here in Washington and around the country. The government shutdown over the President’s healthcare law, and the continuing missteps we are seeing with the implementation of the healthcare.gov website have catapulted the issue to the top of mind of many Americans. But regardless of the merits of the debate from either side, so much of the noise and rhetoric has been focused on what is wrong with our healthcare system that we often discard or overlook the elements and programs that are actually working.

Program Gets High Marks in Satisfaction and Cost

Sunday, December 8, 2013, will mark the 10-year anniversary of enactment of the Medicare Modernization Act (MMA), a law that aimed to greatly improve healthcare coverage for seniors in this country. Included in this landmark legislation was the creation of the Medicare prescription drug benefit program, also known as Part D, and this program has been a tremendous success by making life-saving medications, including those specific to treating mental health disorders, available and affordable for the millions of beneficiaries who rely on them.

Evidence of the success of Part D is seen year over year with the satisfaction survey annually released by the Healthcare Leadership Coalition’s Medicare Today initiative. Our 2013 survey – the eighth year we have commissioned this annual survey – was released earlier this fall and was certainly no exception.

According to the Galen Institute, the average basic premiums for Part D plans are about half what they were expected to be today from when the program was enacted in 2003 costing taxpayers 46 percent less today than what was expected when Congress originally passed the bill almost 10 years ago.

Keep a Watchful Eye on the Political Climate

However, despite all of these historic and overwhelmingly supportive numbers, there are multiple proposals currently floating in Congress that would dramatically change the makeup of the Medicare Part D and essentially gutting pricing structures and other elements that have clearly worked since the program’s implementation in 2006. These proposals attempt to reduce costs to fill other budgetary shortfalls – many, if not all, of which have nothing to do with Medicare.

The Congressional Budget Office (CBO), which produces independent analyses of budgetary and economic issues, has warned that some of these changes could result in higher premiums for beneficiaries and higher drug prices for consumers in the private sector as well. In addition, these changes could also shift private funding away from much needed research and development efforts aimed at treating illnesses like Alzheimer’s, cancer, heart disease, depression and other diseases and disorders that currently affect millions of patients.

Proposals to drastically overhaul this essential program for seniors will inevitably have a devastating impact Medicare Part D, and Congress should strongly consider the program’s overwhelming approval rating as it debates larger budgetary considerations.

The Medicare Part D program clearly works, and it works incredibly well at a level of efficiency and cost of which other government programs could only dream. Its 10-year anniversary is an important milestone, and I hope there will be many more.