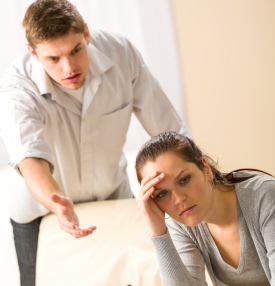 If true, Ms. Carter’s behavior was deplorable. Was it criminal?

In Minnesota, Jessica Haban died by suicide a mere three days after being discharged from the hospital, where she had been receiving treatment for depression. Police have arrested her partner, Long Vang, claiming that his years of physical and emotional abuse drove her to suicide. Prosecutors have charged Vang with “depraved heart murder,” asserting that although his behavior may have not intended to cause her to take her life, it was consciously taken and demonstrated utter disregard for human life.

If Mr. Vang committed the alleged acts, even tormenting Ms. Haban, did it constitute murder?

Bullying: Contributing Factor or Cause
This isn’t an especially new issue: sadly, we’ve heard of so many young people–mostly in their teens–who take their own lives apparently to escape bullying or cyber-bullying. Recognizing that these cases are often beyond the scope of the schools–or are not taken seriously–laws enacted in the past decade-plus have authorized police involvement in physical, verbal, and technology-based or online bullying (i.e., harassment or unwanted aggressive behavior involving a power imbalance), even when it’s perpetrated by and against adolescents.

Teenagers have been charged with various felony charges (harassment, stalking, violation of civil rights, etc.) for behavior seen as contributory factors to a person’s suicide. These more recent cases take on the issue directly: can a person’s words or actions be seen as sufficient to hold them criminally accountable for another person’s suicide?

Societal Context
Suicide has historically been seen as a person’s own decision to end their life. We know that between 30% and 70% of people who die by suicide have a mood disorder, which alters and affects mental processes, decision-making ability, perception of the future, assessment of self-worth, energy levels and motivation, and other aspects of thinking and functioning. The door is open for policymakers to determine whether people struggling with mental health conditions have the requisite capacity for making a reasoned decision to attempt suicide or whether they might be sufficiently impacted and impaired by their condition that they are more susceptible to the influence of others.

In the discussion about a person’s ending their life with support from a physician (often referred to as “physician-assisted suicide”), the most frequently-articulated concern is that people with terminal illnesses cannot make a rational decision about whether to live or not, because we acknowledge that depression often accompanies terminal illness and affects one’s reasoning capabilities. Are there policy reasons why this should be distinguished from other decisions to take one’s own life?

Depression in and of itself does not cause the body’s systems to shut down and thereby cause death but, for some, having depression seems a death sentence when they can’t find effective treatment. More often, however, the self-perception of a person with depression is so distorted toward hopelessness that there seems to be no path to wellness, let alone happiness. Do we consider that state of mind to be rational enough to make a sound decision about taking their own life? Do we consider that person as needing some level of legal protection, to compensate for their cognitive impairment? And do we risk going too far, causing too much generalization that will ultimately deprive people living with mood disorders the authority to make their own decisions?

Stay tuned for more developments and share your thoughts with us here and on social media.