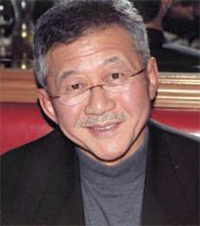 Karen was finalizing the dissolution of an 18-year marriage while managing increasing expectations at her demanding job. In order to cope with depression coupled with her Premenstrual Dysmorphic Disorder (PMDD), her psychiatrist prescribed a medication that is unavailable in generic form. As a result, Karen’s monthly prescription cost was well over $100, on an insurance plan that had a $2,000 deductible.

Karen was overwhelmed: “I felt I had to keep working and making more money just to pay for my medication. It was a vicious circle.”

Eventually Karen reached her breaking point, went on short-term disability, and ultimately left her job for one with a reduced stress load. Unfortunately it is also a reduced paycheck and the company’s insurance plan has a higher deductible. Until Karen meets the $3,350 deductible she pays the full price for her prescriptions and says, “Again, my current meds are not available yet in generic form and therefore are very expensive, so I work with my doctor to get samples and coupons to manage the monthly cost. Now I am just doing it with a smaller paycheck!”

Negative effect on treatment adherence
The prescription price to remain healthy can become debilitating. A Pennsylvania study examined the relationship between drugs used to treat chronic or life-threatening conditions, without a generic equivalent, and a health plan subscriber co-pay. The remarkable results indicate that over 30% of responders reported not taking a drug because it was too expensive. Patients are four times more likely to abandon treatment when the co-insurance is greater than $500 than when it is $100 or less. Astoundingly, almost 40% reported taking on additional credit card debt and having difficulty purchasing food/groceries. In fact, 10% reported having to declare bankruptcy due to their drug costs.

This is a broad issue that goes beyond any one diagnosis. A wide range of patients with chronic diseases such as cancer, arthritis, and mental illness are affected. The prohibitive cost of medications results in physicians prescribing less effective drugs. The study from Pennsylvania shows the dramatic decrease in adherence to a medication regimen when out-of-pocket prescription costs exceed $100. In addition to not filling prescriptions, patients may split their medications to extend the timeframe of the monthly prescription, possibly resulting in hazardous consequences and decreased efficacy of the drugs.

Advocate for policy change
Patients have a voice in the price of their medications. Like Karen, they become too overwhelmed, tired, or are too ill to advocate for themselves. Advocates in Illinois have worked with legislators to introduce a bill in the Illinois House that will reduce medication co-pays for subscribers to commercial plans in Illinois.

As many as 15 other states are moving forward with similar legislation. We want to hear your story. Let our elected officials know that patients must have a voice to ensure that access to quality health care is maintained.

Bio
After 30 years in the corporate world in marketing and business development for medical devices and diagnostics, Naoki Nakamura now works as an independent business advisor. In 2005, he and his wife co-founded DBSA Arlington Heights Chapter. He has supported more than 1,000 participants over the years.  As Chair of the DBSA IL GO, Mr. Nakamura is responsible for building the leadership team and coordinating with DBSA national and other states on the overall direction and strategy of the organization. As Recruitment Leader, Mr. Nakamura develops and implements the plan to enlist a large number of advocates throughout the state.