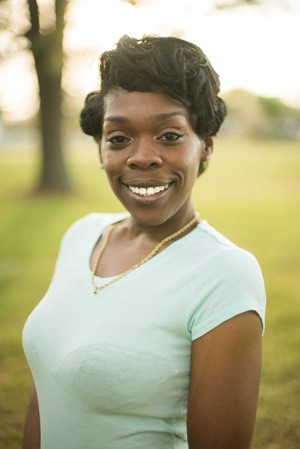 How do people experience a changing climate – not just physically, but emotionally? The mental health impacts of climate change – stress, anxiety, and depression – weigh heavily on those living with mental health challenges. To learn more, Moms Clean Air Force spoke with advocate, Kalishia Mitchell, a mom of four children aged five to 22, from Newport News, Virginia. We discussed the psychological toll of climate change. Kalishia is the founder of A Brighter Side, LLC – a Virginia-based support group for parents and families of children with autism.

Moms Clean Air Force: Why are you fighting for clean air and action on climate?

Kalishia Mitchell: Climate change is a quiet epidemic. All the projections from climate scientists over the past few decades have come true, but on a faster timeline than we expected. And yet, people are not acting on what’s happening when they should. We should respond with urgency. Our environment affects us all.

Let me give you an example: Our summers here are now so hot it’s hard to take your children outside to enjoy a good, decent day. And now as we head into the fall, we have 70 degree days. When I was growing up, it wasn’t this way, the leaves were turning in October and November. It’s “hotumn” here.

Environmental inequality weighs on the mind. So many children grow up every day  without access to clean water or clean air. Many are living in low-income areas where the water isn’t even tested for hazardous chemicals. Some children don’t have access to healthier food options because there are no grocery stores nearby, like in the community where I live. This has been going on for so many years. It’s heartbreaking.

As a person living with bipolar disorder, how does your mental illness shape your advocacy?
I was diagnosed with bipolar disorder after being admitted to a mental institution for one week in 1998 when I was 20. The irony of my life, and my story, is that this disorder runs in my biological and adopted families. When I reunited with my birth family in 2002, I discovered that bipolar disorder was a genetic trait in my family. This gave me answers I longed for. I realized my condition was hereditary. My mother gave me up for adoption when I was a toddler for fear of her own depression. She was not able to understand she could receive the proper help needed. My adopted mother suffered from the ups and downs of bipolar disorder her entire life; while my adopted father suffered from alcoholism. My young life was like living on a rollercoaster – dealing with my parents’ illnesses.

In 2002, I learned my sister, who is one year older than I am, is bipolar with schizoaffective disorder. Although we were not reunited at the time, we both suffered “nervous breakdowns” in 1998. My adoptive aunt, who I’ve taken care of for the last decade, has bipolar schizoaffective disorder. The list goes on. In 1997, my son was diagnosed with ASD (autism spectrum disorder), and bipolar disorder in 2016. In 1999, my adopted mother passed two days after her 49th birthday.

All this happened in my early 20’s. I was depressed and broken down with so much pain. But I learned to draw on my confidence and the confidence of others. I had successful aunts and uncles living with mood disorders who showed me the way. I learned to make being a little “off” work for me. Being a mother helped. I just felt like I had to kind of control my illness to raise my kids with a level head. I don’t look down on myself because I have bipolar, or because of all the other traumas I faced. Now I have a life where I can help inspire others to be caretakers for themselves, others, and our planet.

As an African American woman living close to coal terminals, what would you like people to know about environmental injustice?
Our family moved to the Newport News area two years ago. I wanted a nice, little house on a quiet block. But living close to Newport News’ two coal terminals (a place where coal is received, processed and shipped), a shipyard, and a badly polluted creek, has really opened my eyes. I’m seeing so many pollution impacts in our largely African-American community. This adds a new level of anxiety to my life as a parent. For example, the air quality is very poor and a lot of children deal with many respiratory issues. Some can’t even breathe on certain days and have to stay indoors. Sometimes you wake up to bitterness, an industrial smell in the air. I am thankful my children don’t have asthma. But all these issues have made our family to want to relocate. This area was once croplands. My granddaddy was born and raised here where the soil was once rich. I would love to plant a garden for my children, but my neighbors remind me the soil is contaminated and the area is prone to flooding during any storm. Even the smallest rain storm would destroy a garden.

You also live in an area of the country experiencing sea level rise and sunny-day flooding.
Yes, when a storm comes, there’s a lot of anxiety. If it rains bad enough, in some areas, people have to get canoes and little rafts to get around. Cars get stuck and even the school buses can’t move. With the last Nor’easter, my husband and I were on pins and needles worried about leaving. The water came right up to our porch. It’s hard to plan for things that you don’t see coming, especially when you are living week to week. Our family’s van is packed with water and extra money, in case we need to get out of town fast. If you don’t have resources, it adds to your stress level. All this affects the development of our children’s brains – how they think and process information. 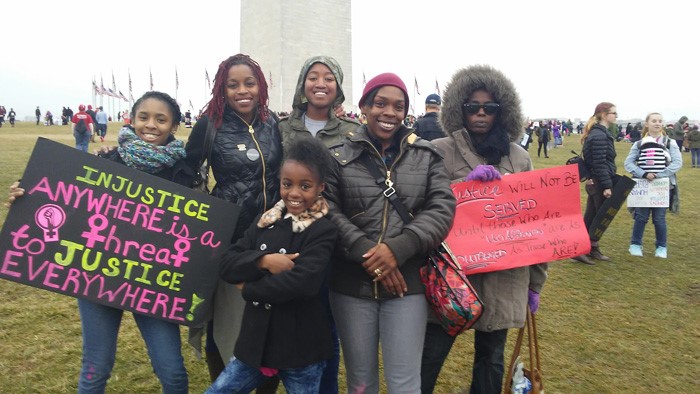 Last year you traveled to Washington for a Moms Clean Air Force “Play-In for Climate Action.” This fall, you returned to bring your message to your elected officials. How did these visits go?
The experience has really opened my eyes to the force that we have as moms. What I love about Moms Clean Air Force is that we are uniting moms from many different walks of life, but we’re all fighting for the same cause: our children. It was special to see children watching their parents in action. The experience sparked a flame. I wanted to know more and do more. During the Capitol Hill visits, we were focused on opposing the proposed cuts to the Environmental Protection Agency (EPA), which would affect not only my children, but all the hundreds of families I represent. We live in an area that depends on scientific research about sea level rise and climate changes. We can’t cut the EPA. So when I got home, I decided to start holding our elected leaders accountable by organizing letter-writing campaigns and using social media to put pressure on them. Before these visits, I really didn’t have the confidence to use my voice in this way. Now, I ask myself: are these leaders really standing up for us? Our lives and our children’s lives are in their hands. If they aren’t standing up for us, it’s time to start raising holy hell!

In the reality of a changing climate, what advice would you give others facing anxiety or depression?
Find yourself a strong social network. You need someone to say you are strong – and encourage therapy, which is something some of my closest family members never had access to. My husband is the one who helped me get out of my depression. I was a teen mom, and everybody wrote me off as crazy. At a time when I was so weak, so vulnerable, my husband kept telling me about my true worth. He continues to let me know how amazing a mother I am.

It’s a pervasive attitude in the black community that you aren’t allowed to have anxiety or deal with depression. This makes treatment that much harder. There’s an old cliché that black people don’t get therapy. I do. My 15 year-old visits a therapist weekly, and we receive family therapy once a month. I’m determined to break a generational cycle of ignoring mental health in my family.

Give us an example of an “a-ha” moment that encouraged you to stay on the advocacy path.
This past year, I helped organize an inclusion event where Autistic Spectrum Disorder individuals and neurotypical individuals participated together. ASD children modeled on a stage at a major convention center here in Virginia. I had chills down my spine. As cheers and a standing ovation came, I realized I had an ability to bring people together. I just had to go on this journey before I could realize my purpose. Look, if twenty years ago, you would have told me I would be successful at running my own organization, I would not have believed you. But God has me on this journey for a reason. I am meant to inspire other moms to fight for what’s right for our children.

Bio
Kalishia Mitchell is the founder of A Brighter Side to ASD, LLC, a Virginia-based support group for parents and families of children with autism.  The organization advocates for solutions, alternatives and resources needed from childhood into adulted with a distinct focus on the progress, success stories, talents and uniqueness of autistic family members. She is a resident of Newport News where she lives with her husband and four children ranging in age from five to 22.