Patients Need to Be Involved in Policy-Making 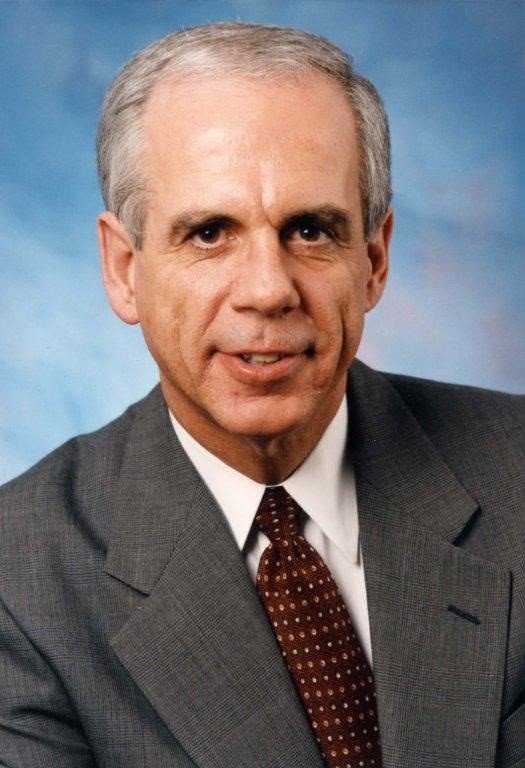 Since the age of 16, I’ve suffered from seizures. I’m now 74 and six decades of experience as a patient has taught me a lot about the healthcare system. I’ve seen firsthand how it’s evolved to suit the financial interests of the most powerful players and often ignore the needs of patients.

Unfortunately, many of the decisions that affect patient care are made at the policy level, often by bureaucrats with little or no clinical experience. When decision-makers ignore the patient perspective — including individual exam room experiences — care can become sterile, mechanized, and ineffective.

In order to create a system that better treats patients, we need legislators and decision-makers to create laws and regulations that value and support patient input. By bringing patients to the policymaking table, we can create a stronger healthcare system that addresses the needs of the individual and ensures more effective care for everyone as we move forward.

Patient care cannot be standardized
In our current healthcare system, patients are expected to fit into boxes. When they fail to fit, insurance often leaves them without the care they need: procedures are denied, co-pays skyrocket, and prescriptions are rejected. This is a hugely problematic model, as patients are unique individuals with different physiologies, preferences, needs, and values.

I’ll offer an example from my own life. Over the years, I’ve been on at least eight or ten different seizure medications. Some worked, some didn’t, but I have diligently found a physician that I trust to guide me to an effective treatment decision.

But what happens when those decisions are undermined by forces outside the patient-physician relationship? During a recent physician visit, I was provided a prescription to renew/refill the anti-seizure medication that has worked well for me for several years now. I filled the prescription and began taking the new pills, trusting that the medication was exactly the same as ordered by my physician. Yet, I woke up feeling tired and increasingly depressed. By dinnertime, I could barely function. I called my physician, who asked if I’d recently picked up my refill. When I replied that I had, he asked me to describe the appearance of the pills and to read him the label. He told me to stop taking the medication immediately, though in doing so I risked triggering a break-through seizure.

As it turned out, my insurance company had required the pharmacist to substitute the brand-named drug that I had been using for some time with a generic version — without notifying me, asking my permission, or warning me about the potential implications for my health and well-being. In my case, the generic version was not an identical substitute, as it caused a dramatic reaction in my mood and energy level. My physician, wanting me to avoid a break-through seizure and being experienced enough to know that my insurance company was likely to require a lengthy appeal, promptly worked around the insurer-imposed challenge by prescribing me the original brand-name drug in a different dosage form, a delayed-release capsule, for which there was no generic substitute. (It’s worth noting that while generic substitutions are generally benign, in some instances they can be problematic for seizure disorders.)

In this example, my insurance company was trying to force me into a standardized box, just as they do with millions of other patients. Unfortunately, I didn’t fit. Thankfully my doctor found a resolution before my health situation became more severe, but other patients like me could find themselves requiring urgent medical attention, missing work, unable to care for their families, or worse.

Patients need a seat at the table
I know firsthand that healthcare becomes problematic when health decisions are made not by patients with their providers, but by those who are so concerned with cost that they forget about the impact on patients. The most basic standards of safety and efficacy, not to mention compassion, can be lost amid red tape.

Patients want to work with their physicians, therapists, and other providers to optimize their quality of care without outside decision-makers interfering in that relationship. They should have that right.

How do we make that happen? By getting patients actively involved in healthcare policy.

Currently, patients are the lowest on the totem pole and wield little power. Slowly, that’s starting to change. More and more, patients are coming together and demanding that our voices be heard as to decisions that guide research, approval, coverage, and access. Clinicians are abandoning the paternalism of the past and looking for tools that allow them to achieve personalized medicine for their patients. Involving patients in the process won’t solve all our problems right away, but over time we will be able to make changes that reflect the values of shared decision making by patients and their providers.

In the long run, patient-centered care is in everyone’s best interest. Forcing a one-size-fits-all approach undermines shared decision making and puts patients (and the health system) at risk. Pushing patients into bad decisions leads to bad outcomes, and who pays to fix those outcomes? Patients and their families, providers, and society. Providing personalized care from the outset is more efficient, effective, and compassionate.

Policies that support patient-centeredness
Thanks largely to advocacy efforts, researchers, and government agencies are starting to acknowledge the importance of patient-centered care.

The Patient‑Centered Outcomes Research Institute (PCORI), for instance, is an independent research institute created by Congress that funds a growing number of comparative clinical effectiveness research projects designed to improve patient care and outcomes. Over the years, patients have come together to insist that PCORI effectively engage patients throughout the research process, representing an unprecedented change in the culture of research that traditionally has been driven by academia. Today, PCORI-funded research is driven by a collaboration among researchers, the patient community, and other healthcare stakeholders. PCORI’s engagement officers enforce the commitment of researchers to patient engagement and will rescind research funding if patients are not meaningfully engaged in the research process.

PCORI’s commitment to patient engagement is gradually being modeled in government agencies such as the National Institutes of Health. The Food and Drug Administration has made similar progress with Patient-Focused Drug Development by identifying and incorporating the outcomes that matter most to patients in their approval process. Governmental agencies prioritizing patient input in research and in the drug approval process is a huge step forward for patient-centeredness.

Beyond the exam room
The patient’s input is important at every level of care, from the exam room to Capitol Hill. Medicare and Medicaid policies often dictate how physicians and patients are able to interact; policymakers should build a similar infrastructure for patient engagement within the Centers for Medicare and Medicaid Services. Patient input at the policy level is most crucial to ensure appropriate coverage and access to care.

Policy-making may seem far out of reach for many patients, but there are organizations that are accessible and can help. Organizations representing patients and people with disabilities know the key to success is making our voices heard.

We have made progress in the patient-centeredness movement, but we must keep pushing to achieve a truly patient-centered health system. We need more patients and advocates to stand up and speak out.

We are in the midst of a revolution in health care. Patients must lead the way toward a better future that recognizes each of us as unique rather than trying to fit in a box.

Honorable Tony Coelho
Tony Coelho is a former United States congressman from California, and primary author and sponsor of the Americans with Disabilities Act.  In 1986, Tony was elected House Majority Whip, where he oversaw a series of Democratic victories in the House on measures ranging from the budget to cutting off funds for the war in Central America. President Bill Clinton appointed Tony to serve as Chairman of the President’s Committee on Employment of People with Disabilities, a position he held from 1994 to 2001. He has also served as Vice Chair of the National Task Force on Employment of Adults with Disabilities, and is the past chair of both the Epilepsy Foundation (2005-2007) and the American Association for People with Disabilities (2009-2011) Boards of Directors. In March 2009, Tony was named as Chairperson for the Partnership to Improve Patient Care (PIPC). In this capacity, Tony works to amplify the voice of the Partnership’s diverse members, including people with disabilities, racial and ethnic communities and the elderly, among others.

“We Deserve a Voice”
More than 70 organizations have joined with the Partnership to Improve Patient Care in urging the moderators of the presidential debates to inquire about the patient role in health care and how that fits into the candidates’ proposals. Read the letter »