Care for Your Mind Update 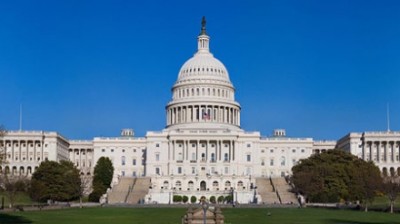 Two months ago, we shifted from discussing the importance of access and barriers to access to examining how a specific governmental policy, sequestration, was impacting the delivery of mental health services across the country. Even then, we could already point to examples of sequestration’s impact: the closing of a residential treatment center in Alaska, the reduced availability of civilian mental health professionals to military personnel, and the increased wait to receive residential treatment in Utah—not to mention the potentially devastating long-term impact of spending cuts on research, both in terms of treating people during clinical studies and finding effective treatments to mental health conditions.

It is unsettling, though perhaps not surprising, that the most-reported impacts of sequestration have been airport travel delays and the cancellation of air shows at Military bases for the July 4 celebrations. Because these cause discomfort for the general population, they are easy topics for media coverage. However, this does not appropriately reflect the level of real suffering happening as a result of sequestration across the country. This under representation of suffering is probably due to the fact that the populations arguably suffering the most severe consequences from sequestration are in fact underrepresented in general—the poor, people in the military, and minorities (an ironic realization as we reach the end of National Minority Mental Health Awareness Month, which draws attention to the need for mental health awareness, better utilization of services, and the development of culturally competent care for the nation’s racial and ethnic minorities).

At nearly four times the national average, American Indians’ suicide rate is practically at epidemic levels. Because funding for Native American health care, including mental health services, comes from the federal government, Native Americans are hit especially hard by the sequester. So budget cuts in this area—where there are no funds to employ mental health workers—can literally mean the difference between life and death. Read Byron Dorgan’s Op-Ed in the New York Times and this report as representative samples.

Significant Impact on Veterans and Military

As we indicated in May, sequestration-induced furloughs of civilian mental health and behavioral health professionals were expected to impact veterans affected by Post Traumatic Stress Disorder. The Pentagon furloughs began in early July for more than 650,000 civilian workers in the Defense Department. Here’s one calculation of how the sequester will affect Marines at Camp Lejeune:

Shorter appointments and longer intervals between appointments are among the ways the base is responding to the sequester-related cuts while attempting to preserve services for veterans.

Although sequestration’s impact on the childhood-education program Head Start has received some attention, many people do not realize the breadth of the services provided by that federal program. To illustrate,

“[Head Start] provides comprehensive services, including a registered dietician who plans healthy, nutritious menus and offers nutrition counseling to parents; family services staff who advocate for, and work directly with, parents; mental health consultants who observe Head Start children and work with parents and teachers on issues such as child behavior; and nurses who connect with parents and staff on children’s health needs such as dental exams and other health issues.”

The sequester reduces not only the number of children served, and not only the number of staff, but also the availability of these supplemental services that are shown to support children’s healthy development. Northern Panhandle Head Start Inc. in West Virginia is eliminating two Head Start centers and programs for children aged 3-5 and is reducing contracted mental health services by forty percent. The effects are also reported for Vermont.

There are occasional bits of good news as local communities find ways to compensate for sequestration cuts. For example, the San Francisco Board of Supervisors approved a “backfill” appropriation for HIV/AIDS funding that included mental health counseling services.

A local North Carolina nonprofit has awarded a grant to sustain programs for families with children with special needs, compensating for losses attributable to sequestration and other challenges.

We also found a report that the House Appropriations Committee approved an amendment that included increased funding for the Housing Opportunities for Persons with AIDS program, which may be used for a variety of services including mental health services.

Have you experienced or read about consequences to mental health care resulting from sequestration?

Do you know of any success stories in overcoming the impact of sequestration cuts?