Audrey’s PCOS Story: From Suicidal to Inspirational (and Loving Life!) 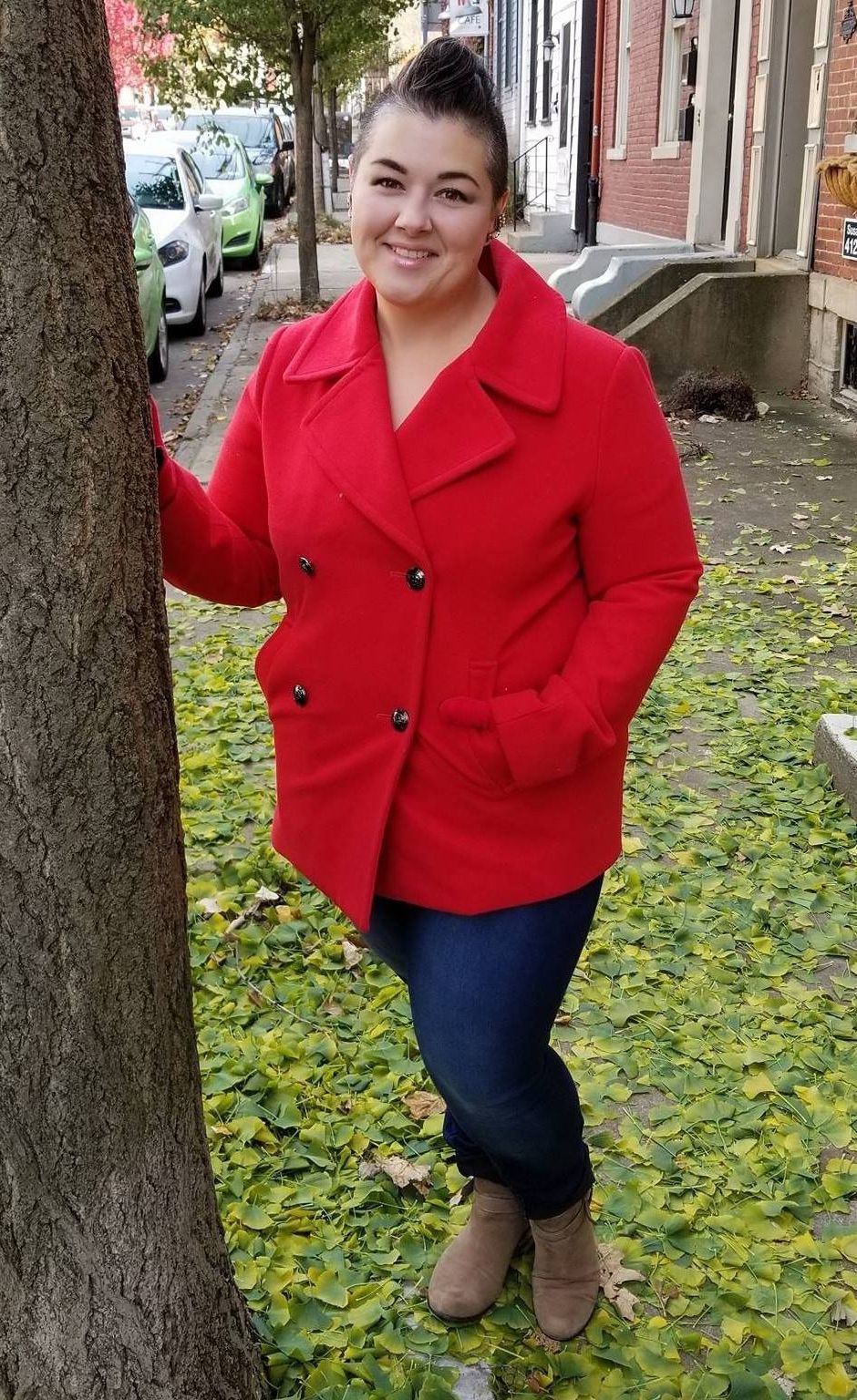 CFYM developed this four-part series in collaboration with The National Polycystic Ovary Syndrome Association. According to the National Institute of Health, women with PCOS are more likely to have mood disorders.

Audrey’s story is a powerful testament to the ways in which polycystic ovary syndrome (PCOS)-related psychological issues can have a profoundly negative effect on quality of life – and of how taking action can dramatically change life for the better. The PCOS Psychologist, Dr. Gretchen Kubacky (“Dr. Gretchen”), comments throughout, and offers three action steps you can follow now. Here is Audrey’s story:

Audrey: There was always something wrong with me. My parents, without medical degrees and with their own hangups, named it “being fat.” In their minds, being fat had nothing to do with whether or not my ovaries were functioning properly. In high school, I nursed the bleakness of what I wrongly thought was teenage angst with food, drugs, and alcohol. I was on my period more often than not and in crippling pain; my goal in life became numbness. Despite the poor coping mechanisms of substance abuse and eating disorders, I kept a 4.0 GPA and graduated near the top of my class. 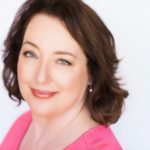 Dr. Gretchen: PCOS in adolescence is often seen as an overblown case of teenage drama. Irregular periods get written off as normal when you start to menstruate. Mood swings are seen as typical teenage girl behavior. Eating disorders often develop during this high-pressure time, when young women are hyper-aware of their physical attractiveness (or perceived lack thereof), and their PCOS affected bodies start to feel out of control. The already volatile teenage brain, with surging hormones, becomes even more “unbalanced” with PCOS, affecting mood and behavior.

Audrey: By college, my world could only exist as black and white. I was either drunk, high, and numb, or not. Food filled the hole through the middle of me, but it didn’t make my period stop and it certainly didn’t manage my anger, anxiety, and depression. Cannabis, carbohydrates, and liquor made being alive, if one could even call it that, tolerable. But the eating disorder morphed into a committee in my brain that judged everything I did on an unreasonable scale. It made the mood swings more violent, and the anxiety became rage. I couldn’t find equilibrium.

Dr. Gretchen: Eating disorders and substance abuse that start in high school, left unchecked, often expand dramatically when a young woman goes to college and has freedom to restrict or indulge without oversight. Many students are surprised by the dramatic changes in lifestyle, social status, and availability of mood-altering substances, and they don’t handle it well. They continue and even increase their unhealthy behaviors. Coupled with the depression and anxiety that frequently accompany PCOS, things can quickly spiral downward.

Audrey: When I met my husband, he called me “a nightmare dressed like a daydream.” I was out of my mind. I was at the gym with a personal trainer for three hours a day, six days a week, and putting on two pounds a week. I would fill my car with Taco Bell and cry while I ate in the parking lot. We fought constantly. My husband knew something was terribly wrong with me, but every doctor simply and defeatingly said, “Well, if you lost a little weight….” Borderline emotional abuse by me very nearly ended our marriage because my husband was afraid to tell me something was really, really wrong with me.

Dr. Gretchen: Intimacy and relationships are complicated even without PCOS. When you don’t have a diagnosis, or your doctors aren’t responding suitably, it can be confusing, conflict-inducing, and contribute to feelings of rage, depression, and helplessness. PCOS can wreak havoc on a marriage, as Audrey describes.

Audrey: We had been married a year when I stopped going to the doctor. Then, my period lasted 121 days, and my husband’s hemophobia-induced nausea prevented any intimacy, so I went back to the doctor. My gynecologist said I had PCOS along with a metabolic disorder. Being crazy had a name, but there was no path to navigate toward health. I was sent packing with birth control and a generalized, “You’ll never have kids.” We were devastated. Our dreamy white picket fence fantasy transformed into an insurmountable, barbed wire-topped wall. Suicide seemed preferable to the failure of divorce and being a morbidly obese hermit with no family or friends to speak of, but my husband and I started looking for outside help. We found PCOS Challenge. We were no longer alone.

Dr. Gretchen: Suicide is seven times more common among women with PCOS. Psychological issues such as anxiety, depression, mood swings, and eating disorders are all much higher as well. It can be complicated or impossible for a doctor or therapist to distinguish cause and effect with PCOS symptoms and general psychological disorders. Worse yet, common hormonal treatments (including birth control pills, for some women) can mimic, worsen, or mask psychological symptoms. If you are contemplating suicide, there is help available 24/7/365. Call the National Suicide Prevention Hotline at 1-800-273-8255.

Audrey: I found a sliver of light in a terrible darkness by way of a therapist introducing me to Eating Disorders Anonymous, the authors Geneen Roth and Thich Naht Hanh, and a skill set that made being angry, sad, or even exuberantly happy manageable. The therapist also recommended I take antidepressants because brain chemistry being out of whack seemed obvious to her. We worked on my learning to be comfortable with being uncomfortable. With the help of my new skills, self-care habits, and new brain chemistry, I got okay with being a human, being married to a fellow human, and became the best version of me.

Now, after being on the PCOS Challenge television show and learning more about my body, my emotions, and new ways to eat and exercise; after having two kids; after building a better marriage with my husband; after working with numerous doctors and therapists; and after CrossFit, I like being alive. I’m impressed with what my body has accomplished. I’m proud of overcoming substance abuse and using my experiences of miscarriage, depression, anxiety, and PCOS to help others. I would rather be alive with PCOS than dead without it.

Dr. Gretchen: Audrey has diligently sourced out and utilized the tools that are available to help you make peace with food, learn how to manage your emotions more effectively, and enhance your relationships. If you are struggling with similar issues, do this:

Audrey Holsclaw was born in Grand Rapids, MI, in 1983. She received a bachelor of arts in English from West Virginia University in 2006. In 2007, she married Aaron Holsclaw. After working in the IT industry after graduation, she gave birth to her and Aaron’s two children, Delilah, who is three years old, and Margot, who recently celebrated her first birthday. She currently resides in Canonsburg, PA, where she is an attentive wife, patient mother, and a sarcastic friend.

Dr. Gretchen Kubacky, “The PCOS Psychologist,” is a health psychologist in private practice in Los Angeles, CA, an inCyst Certified PCOS Educator, and the founder of PCOS Wellness. Her goal is to dramatically improve the life and health of every PCOS patient. Dr. Gretchen offers insight, advice, education, and practical approaches on how to deal with the depression, mood swings, irritability, anxiety, sleep and eating issues, frustration, and lack of motivation that plague so many PCOS patients. She is also a member of the PCOS Challenge Health Advisory Board and a frequent writer and speaker on PCOS and related topics.