Yes, It is OK2Talk About Your Mental Health Condition 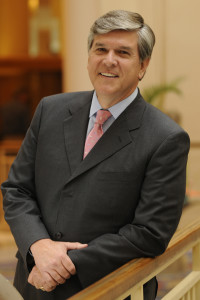 In today’s CFYM post Gordon H. Smith, president and CEO of the National Association of Broadcasters and former U.S. Senator from Oregon (1997 to 2009) informs our readers about the innovative OK2Tallk campaign aimed at young adults. This program provides broadcasters with PSA’s to air on their network and features young adults as role models to support peers living with a mental health condition.

Yes, It is OK2Talk About Your Mental Health Condition

“How are you doing?” This simple question is one of our most often used phrases, but rarely do we listen to the answer.

It’s our nature to say “fine, thanks” and go on with our day. You rarely – if ever – hear someone say “not well, I’m having a really tough time and would like to talk about it.”

Mental illness affected my family. More than ten years ago, my son Garrett took his own life a day short of his 22nd birthday. Garrett was an all-American kid – played football, was an Eagle Scout, served a church mission and always had plenty of friends and a smile on his face. His suicide was a devastating shock to me, my wife and our family, but if we had known better the signs of suicidal tendency and sought help and treatment earlier for Garrett, we believe he would be alive today.

Although it certainly wasn’t by choice, we joined an immense fraternity of sorrow. But as president and CEO of the National Association of Broadcasters and as a father, it is my choice to bring this conversation into the sunlight of American life.

Nearly two-thirds of young adults have personal experience with mental health conditions. And although the overwhelming majority of parents and young adults support discussing mental conditions more openly, many admit they avoid talking about it. The good news is that when people get the help they need, recovery is possible.

With unrivaled reach into homes in every community across America, broadcasters have a powerful platform to encourage young people to start talking about mental health and seek help. We are committed to reducing the stigma and raising awareness of mental health conditions, especially among youth, and launched the OK2TALK campaign in July 2013 to do just that.

These public service announcements (PSAs) received immense support from The White House and mental health community, and aim to encourage dialogue and create a platform for a conversation about mental health. We want to give people who suffer from mental health conditions, and those around them, an opportunity to talk about it and not feel alone.

Since the OK2TALK PSAs debuted, broadcasters across the country have dedicated more than $26 million dollars in airtime to deliver this message. In response, more than 300,000 people have visited OK2TALK.org to share their stories of hope, struggle and recovery, and more than 64,000 have clicked the “Get Help” button on the site, which takes you to mentalhealth.gov and suicide prevention resources.

Watch or listen to the PSA and learn more about our campaign at www.nab.org/OK2TALK, but most importantly realize it’s okay to talk and it’s okay to ask for help.

And the next time you ask someone how they are doing, don’t just settle for “fine.” Encourage an honest answer. It could save their life.