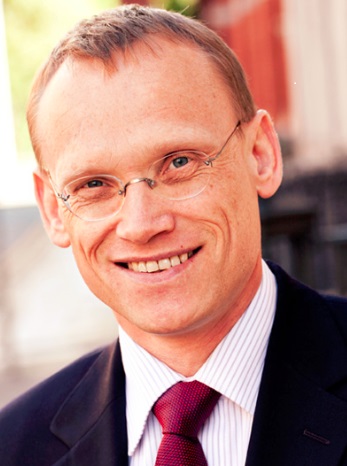 Being human is defined by many things. One important definition is the degree of freedom in experiencing and expressing oneself in areas that determine our life. These fundamental aspects include perceiving, feeling, thinking, and behaving. Just as critical are our muscles and motor system, which enable us to respond to and explore the world. Being in control of our fingers, arms, legs, trunk, and especially our facial muscles is crucial. It allows us to effectively communicate with the world and people around us. But what if, in addition to living with a mental health condition, we also had to navigate the world with a lack of motor skills. For many this is reality.

Tardive dyskinesia (TD) is a potential adverse effect of medications that block dopamine receptors in the brain. Such medications include antipsychotic medications that are effective for treating psychotic disorders, including schizophrenia, mood disorders, such as depression or bipolar disorder, or tic disorders, including Tourette’s disorder, as well as metoclopramide that is used for gastrointestinal problems. This disorder can interfere with voluntary control over muscles. It is characterized by uncontrollable and irregular movements of the tongue, jaw, or lips; writhing, twisting movements of fingers or toes; rocking, jerking, flexing, or thrusting of trunk or hips.

These abnormal and involuntary movements can interfere with the ability to express emotions, provide nonverbal communication, speak clearly, write, and use a computer, phone, or tools. It can interfere with the ability to stand securely, walk, or exercise. All of these functions are essential and relate to subjective well-being and quality of life. However, those same medications that block dopamine treat illnesses that also have serious symptoms that can severely impact a person’s well-being and functioning. Even though people may be helped by these medications, it can bring on TD.

Understanding the risk
I have been trained in both neurology and psychiatry. I have focused in research in the identification and treatment of people at risk for and diagnosed with psychotic conditions and mood disorders. Through my work, I have become very interested in the efficacy, as well as the adverse effects, of antipsychotic medications. I’ve studied the mechanisms and impact of antipsychotics, as well as the best ways to maximize benefits and minimize their risk and burden.

In order to prevent TD, it is important to be aware of some of the risks certain medications to treat mental health conditions can have. My recommendation is that antipsychotics be prescribed if other approved treatments with less risk have been tried and were ineffective. Following a cautious and conservative approach, I recommend prescribing at the lowest effective dose and for the shortest time needed. This needs to be balanced with the patient’s desire for maintenance and relapse prevention.

Clinicians must both educate patients and monitor them for emerging involuntary movements. This protocol allows clinicians to react before full TD has developed. When initiating a medication and adjusting doses, maintain gradual increases. This protocol helps avoid acute muscle stiffness which has been identified as a risk factor for future development of TD. Other risk factors patients and clinicians should be aware of include age (older), sex (female), race (white or black), high doses, longer duration, and frequent interruptions of the medications.

Should a patient or family member detect abnormal involuntary movements, they should immediately inform the prescribing clinician. Differentiating abnormal movements can be difficult. However, these symptoms need to be taken seriously and an evaluation is necessary. Sometimes, a movement disorder expert needs to be consulted. The medical assessment may involve tests to rule out a medical disorder that may be the cause for the involuntary movements instead of the medication.

Treating TD
If tardive dyskinesia has developed, the clinician may consider slowly withdrawing the medication. This can be done if the person can live without this treatment option. If the medication is needed for the adequate control of an underlying psychiatric illness, then a switch to a medication that has a lower risk for onset of TD can be attempted. If this strategy is unsuccessful, then a discussion with the prescribing clinician should occur to evaluate if the addition of one of the recently approved medications for TD should be considered. Regardless, it is important not to change medications without consulting a medical doctor familiar with TD.

As with all medical interventions, the risks and benefits need to be considered. Patients should be educated about the early signs of TD, such as the onset of involuntary movements—primarily in the area of the tongue, jaw, or face. Medications should be prescribed to minimize the emergence of adverse effects. Working in partnership with the prescriber, both the degree of benefits and the potential development of adverse effects should be monitored.

If you are taking an antipsychotic and your clinician has not discussed TD with you, or does not examine you for its emergence or presence, you may want to start the conversation. It is important to consider, however, that the risks of increased symptoms for which the antipsychotic is prescribed may outweigh the potential risk of developing TD. This is because the psychiatric condition can significantly interfere with what and how we perceive, feel, think, and behave.

TD occurs only in a small percentage of people who also have an underlying vulnerability for developing that side effect. While being aware of and vigilant about the possibility of the emergence of TD, it is important to realize that the majority of people will not develop the disorder. Nevertheless, when abnormal involuntary movements are observed, these should be brought to the attention of a clinician as soon as possible and the most appropriate next steps must be discussed and weighed jointly.

Professor Correll’s research and clinical work focus on the identification, characterization, and treatment of adults and youth with severe psychiatric disorders, including psychotic and mood disorders, as well as the interface between mental and physical illness. He further focuses on psychopharmacology and comparative effectiveness.

Professor Correll has authored over 500 journal articles and has received over 30 awards and fellowships for his work. Since 2014, the year of inception of this metric, he has been listed each year by Thomson Reuters in as one of “the most influential scientific minds” and “top 1% cited scientists in the area of psychiatry.”