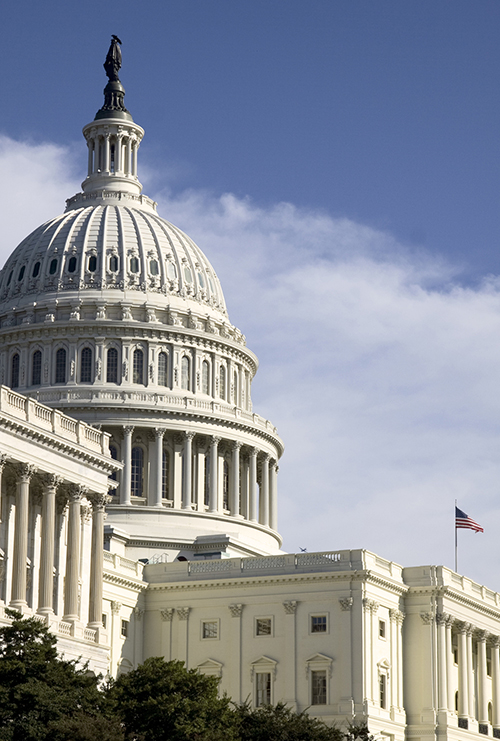 Committee markup of the bill took place in early November. Democrats introduced several amendments, all of which were defeated. Rep. Fred Upton (R-MI), Chair of the House Energy & Commerce Committee (where this legislation originates), noted that both parties had valid concerns and that full committee markup has not yet been scheduled.

What’s Different in the Mental Health Reform Act of 2015 (S. 1945)
This legislation is the Senate’s bipartisan attempt for mental health reform, introduced by Senators Bill Cassidy, M.D. (R-LA) and U.S. Senator Chris Murphy (D-CT). This bill is similar to the House bill but has some notable differences.

Rep. Lamar Alexander (R-TN), Chair of the HELP Committee (Senate Health, Labor, Education, and Pensions Committee), has signaled that there will not be any markup on the bill as long as there are budgetary implications.

Seeking a United Mental Health Advocacy Front
Because the bills are so wide-ranging and complex, and mental health advocacy organizations have different interests and priorities, there is not unanimous support for all of the details of the legislation.  Here is a sampling of positions taken by some leading mental health advocates.

NAMI
The National Alliance on Mental Illness (NAMI) issued a press release in early November. Executive Director Mary Giliberti said, “NAMI is thrilled that Congress has taken the first crucial step [by passing the bill in the House Health Subcommittee of the Committee on Energy and Commerce] in moving forward comprehensive, bipartisan mental health legislation. …This historic step responds to the nation’s mental health crisis and seeks to build a modern mental health care system oriented toward early identification of symptoms, effective treatment, and sustained recovery.”

NAMI identified several provisions consistent with their interests and priorities:

NAMI supports S. 1945 as legislation that, in conjunction with HR 2646 in the House, helps advance the process of passing comprehensive mental health reform. NAMI notes that the Senate version

Mental Health America
MHA, too, issued a statement in early November, prompted by the Health Subcommittee’s passage of H.R. 2646. Prior to that vote, the Subcommittee accepted a manager’s amendment that addressed many of MHA’s concerns with the original proposal. “This is an important milestone for everyone who wants to see balanced, comprehensive mental health systems reform become a reality in America,” said Paul Gionfriddo, MHA President and CEO.

The bill’s emphasis on moving upstream in the process – i.e., on intervening before Stage 4–is a critical step forward toward treating mental illnesses like we treat every other chronic disease. H.R. 2646 focuses on screening and early intervention; community-based systems of care; enhancing the behavioral health workforce; innovation to develop new evidence-based programs; prevention; integration of health and behavioral health care, including measures to facilitate the sharing of health data needed for care integration; enforcement of parity in coverage between health and behavioral health services; and the elevation of behavioral health in the federal government, including increased coordination of services. These are all essential components of a sound care delivery system. Read more at the MHA site.

Significant Opposition
Not everyone is excited about the particulars of these bills. The most controversial provisions include those relating to AOT, “a euphemistic term used to describe involuntary outpatient commitment ordered by a judge, with the threat of involuntary inpatient hospitalization for those who do not comply with their treatment orders;” prioritizing institutionalization over community-based care systems; and reducing privacy protections for individuals with serious mental illness. Another organization objects that the bill emphasizes coercion and institutionalization rather than empowerment and community integration. And the National Disability Leadership Alliance articulated similar objections.